Cruise-confused: both DCL and Princess ships to be named “Disney Princess” 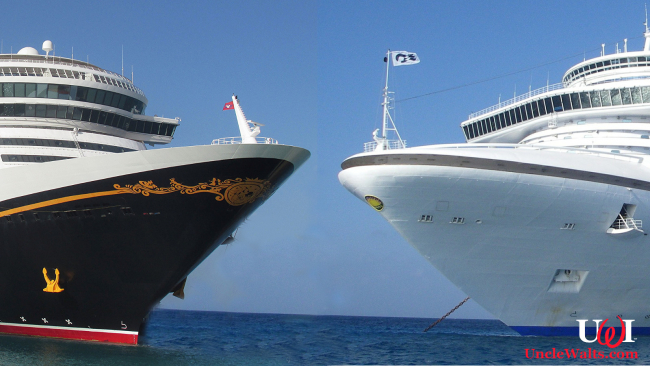 The name does fit both cruise lines’ naming conventions.

CELEBRATION, FL & SANTA CLARITA, CA — It’s a corporate snafu for the record books, and we can’t wait to see how this plays out. Within minutes of each other, both Disney Cruise Line and Princess Cruise Line announced the name of their next cruise ship — and they are both the same. Each says their next ship will be called the “Disney Princess.”

While Disney is the smaller company — at least the cruise line component of it — both cruise lines have a fleet and a history, and a tradition for naming their vessels in a certain manner. And “Disney Princess” fits both companies.

Of course, within hours of the mutual announcements, legal threats were flying. Both companies claim traveler confusion will occur by the others’ use of the name. Disney, of course, has a long history of producing entertainment with beloved princess characters, but never in a cruise context. Princess’s claim to the word “Disney” is a little more tenuous, but they say they have several employees with the last name of “Disney,” and they’re just honoring them.

We at Uncle Walt’s Insider will keep you posted as this story progresses.

Who do you think should get to use the name? Let us know in the comments below!

January 30, 2019 by Marty in Other
© 2020 Uncle Walt's Insider. All rights reserved. All images used with permission. Unless otherwise attributed, all images licensed under Creative Commons CC0 license. This site is protected by reCAPTCHA and the Google Privacy Policy and Terms of Service apply.