BREAKING: Disney animal characters will only be voiced by actual animals 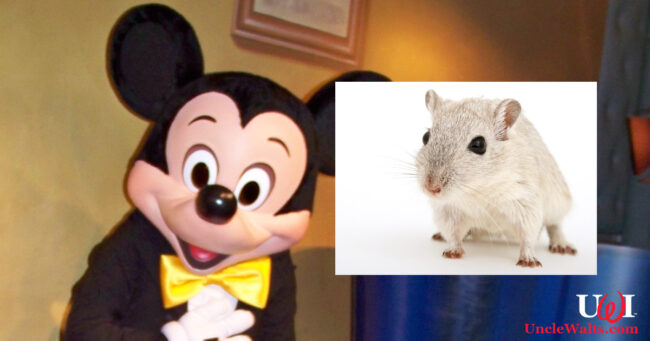 BURBANK, CA — As you may have read, Disney property The Simpsons will now have characters voiced only by actors of the same race as their fictional counterparts. Apart from the company scrambling to find yellow actors, they now say that they are extending the policy to non-human characters.

Yes, from now on, Mickey Mouse, Donald Duck, and other beloved Disney characters will only be voiced by animals. Sources say the company is struggling to find a man-dog hybrid to voice Goofy.

Meet the mouse behind the Mouse

In the meantime, though, we were given the opportunity to meet the newest voice of Mickey Mouse, a 13-month-old field mouse named Snowball.

Unfortunately, any time we’d ask a question, Snowball would squeak in fear and scurry under the nearest piece of furniture. Hopefully he won’t be as microphone-shy in the recording studio.

UPDATE: Since publication, Disney has announced that the voice actor for Mickey Mouse will be recast again, following protests over the hiring of a light-furred mouse named Snowball to voice a predominantly dark-furred character.

Too far? Let us know in the comments below!

June 30, 2020 by Marty in Other
© 2020 Uncle Walt's Insider. All rights reserved. All images used with permission. Unless otherwise attributed, all images licensed under Creative Commons CC0 license. This site is protected by reCAPTCHA and the Google Privacy Policy and Terms of Service apply.