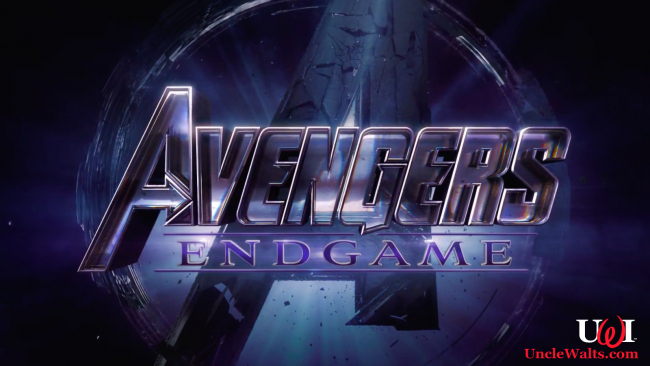 We have friends in high places! Who knew?

UNCLE WALT’S H.Q., SVALBARD — So someone at Marvel Studios must really be a fan of Uncle Walt’s Insider! Yes, we were sent an advanced Blu-Ray copy of the upcoming blockbuster Avengers: Endgame! And now we’re going to share with you some of the biggest surprises (once we get Ub to get off the office PlayStation 3, which is the only way we have to play Blu-Ray disks).

[Note: We actually could have had this information published sooner if we weren’t located in Svalbard, but mail delivery this far North can be rather slow. The package was actually postmarked April 1, but only arrived this week. Sorry!]

We have to say, this was the biggest surprise to us. Instead of resolving the unanswered questions from the Avengers: Infinity War, Marvel has chosen to introduce a completely new set of Avengers. We follow them through what we guess is a side adventure, leaving the resolution of the main plot for a later film (Endgame 2?).

The story revolves around a bad guy played by Sean Connery who wants to rule the world by controlling the weather. The new Avengers, played by Uma Thurman and Ralph “Rafe” Fiennes (so good to see his nose has healed!), work together to stop his diabolical plan.

Well, this whole thing was rather disappointing. There’s no sign of Iron Man or any of the other Avengers who survived, and Thurman and Fiennes characters don’t even mention Thanos. Maybe this was supposed to be a prequel? We’re not sure how this story even fits into the larger MCU.

So, go see Avengers: Endgame if you like, but don’t expect it to resolve the plot. We’d suggest waiting for the next one. We give it 2 out of 7 thumb stars.

What do you think about Voldemort being an Avenger? Let us know in the comments below!

April 19, 2019 by Marty in Other
© 2020 Uncle Walt's Insider. All rights reserved. All images used with permission. Unless otherwise attributed, all images licensed under Creative Commons CC0 license. This site is protected by reCAPTCHA and the Google Privacy Policy and Terms of Service apply.