Nine things you should know about Incredibles 2 - Uncle Walt's Insider

Nine things you should know about Incredibles 2 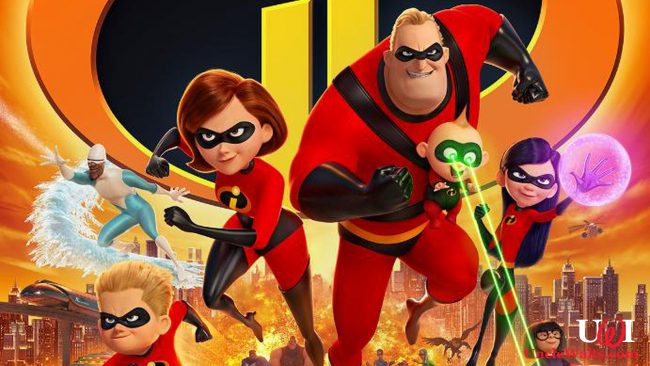 We waited 14 years for this sequel. Number 2 explains why!

BURBANK, CA — With the release of any new Disney film comes inevitable clickbait articles from websites that have nothing to do with the movie, hoping to capture some reflected glory from the artists who do the real work. But Uncle Walt’s Insider is different from all those others — because, well, we admit it!

So, with this latest Pixar release, here are nine totally true and reliable things you should know about Incredibles 2:

9. John Ratzenberger does more than one voice.

Pixar vocal mainstay John Ratzenberger has done voice work in every single one of the studio’s feature films (although he’s still best known for his pre-Toy Story role as “First Controller” in 1978’s Superman). Incredibles 2 is no exception — but did you know he voices more than one character? Yes, he most obviously returns as The Underminer, the late-appearing villain in the original Incredibles, but he also reprises his role as Juan Ortodoncia from last year’s Coco. (SPOILER: Watch for Juan as a passenger on the blimp in the second air battle.)

8. It was not based on an original script.

With the success of the original Incredibles film, the studio wasn’t willing to wait for an original story to come along before cashing in and making a lucrative sequel. So they took a script they already had rights to called “Honor Among Thieves” (originally intended for a John Woo film) and adapted it for the Incredibles characters.

7. The actors did more than just voices

Director Brad Bird reveals in an interview that he did the animation a little differently this time around, requiring all of his voice actors to film every stunt and action scene, as if they actually were the characters. The film was then animated over them using a process called “rotoscoping.” Holly Hunter, the voice of Elastigirl, has said that “some of the stretching was brutal.”

An early draft of the story had an extended fantasy sequence where Bob Parr dreamed of abandoning his family and running off with the character Mirage from the first film. The untimely death of Elizabeth Peña in 2014, however, required that the Mirage plotline be cut.

5. It took a fight to keep the Guardians of the Galaxy out

With the Walt Disney Company now owning every superhero and movie franchise anyone actually cares about, director Brad Bird had a fight on his hands when his Mouse overlords insisted that the popular Guardians of the Galaxy characters appear in the group superhero scenes. He won that argument, and then almost made a bold statement against Disney…

Bird became so embittered at the suits at Disney talking about “synergy” and “cross-marketing” that he considered renaming the villain in this film “Synergy.” He only backed down when someone pointed out the possibility of confusion with the original film’s bad guy “Syndrome.”

3. Frozone only turns his head to the right

This one may be harder to spot, but trust us, it’s there, and the story behind it is, well, incredible! It seems that Samuel L. Jackson often recorded his lines as Frozone at the same time he was on set filming the Avengers movies, and he sometimes would still be in costume as Nick Fury, eyepatch and all! Since Fury wears an eyepatch over his left eye, Pixar animators wanted to pay tribute to — or poke fun at — Jackson, by having the character of Frozone only notice things on his right and turn his head in that direction only.

2. Edna Mode’s babysitting scene is based on real life

Everyone’s favorite superhero-costume fashion designer (“NO CAPES!”) spends a good part of Incredibles 2 babysitting Jack-Jack. (That’s a spoiler, by the way. Sorry.) Director Brad Bird, who voices Edna, spent many of his teenage years babysitting for neighbors and still does for friends from time to time. And when he babysits these days, he does it wearing a dark wig, black-framed glasses, and talking in Edna’s voice!

1. The new “Incredicoaster” will be delayed

Disney’s California Adventure park in Anaheim, California, has been getting a makeover, part of which is the creation of “Pixar Pier,” and the retheming of the California Screamin’ roller coaster as the “Incredicoaster.” The Incredicoaster was set to debut one week from today — but in a case of really bad timing, the release of Incredibles 2 has led to the announcement that the coaster will remain closed for another six months, as it will be re-rethemed as “Incredicoaster 2.”

Which fact was your favorite? Let us know in the comments below!

June 16, 2018 by Marty in California, Other
© 2020 Uncle Walt's Insider. All rights reserved. All images used with permission. Unless otherwise attributed, all images licensed under Creative Commons CC0 license. This site is protected by reCAPTCHA and the Google Privacy Policy and Terms of Service apply.