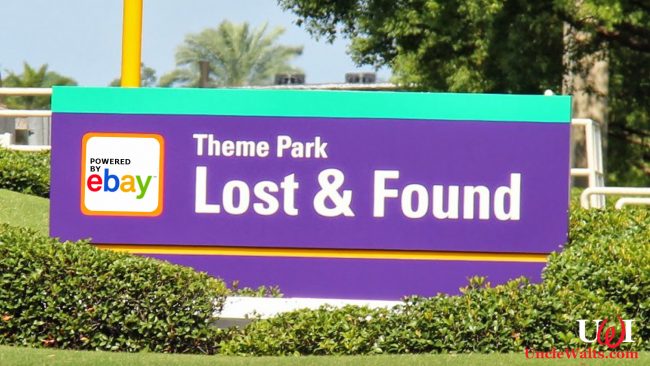 Still a step up from the previous system.

WALT DISNEY WORLD, FL — The official Disney Parks Blog announced last Thursday that the Lost and Found Department at the Walt Disney World Resort was going digital, but it may not be all it’s cracked up to be.

Disney says that the new system is “an online tool to make it even easier and more convenient for you to report lost items.” Guests can go to disneyworld.com/lostandfound to fill out a lost item report. The blog promises that with “a few simple clicks on any smart device, … we’ll get the search started. It’s so easy, it’s like magic!”

Not what was promised

The reality, though, is not so magical. Uncle Walt’s Insider put the new system to the test, but found that the lost and found link directed us to eBay instead. We reached out to our favorite Disney spokesperson, Jun Disney (no relation), for an explanation.

“Well, it’s still a work in progress,” Disney (no relation) admits. “Upper management thought we needed to go digital, but like a lot of bosses, they have no clue about the time and resources it would take to actually create a digital lost and found at a place like Walt Disney World, where approximately three billion items are misplaced by guests every single day!”

Disney (no relation) continues, “So with a dictate from above and an unreasonable deadline, we did the next best thing. A link to eBay solves every issue, especially since other guests who find valuable stuff in the parks turn around and sell it on eBay anyway. You think they give it to us?”

As a public service to our regular readers (both of you), here is a link to Walt Disney World’s new digital Lost and Found system. Let us know if you find any good bargains on other people’s stuff!

What do you find? And did you get free shipping? Let us know in the comments below!

June 4, 2018 by Marty in Florida
© 2020 Uncle Walt's Insider. All rights reserved. All images used with permission. Unless otherwise attributed, all images licensed under Creative Commons CC0 license. This site is protected by reCAPTCHA and the Google Privacy Policy and Terms of Service apply.