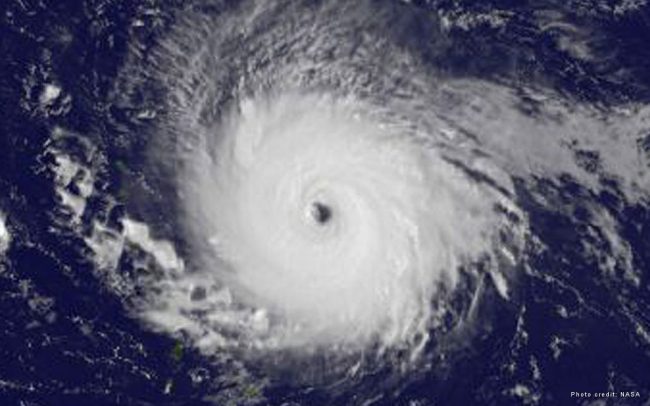 All Walt Disney World Resort theme parks and water parks were closed for two days, on Sunday and Monday, as Hurricane Irma pelted the state of Florida. Disney resort guests were urged to shelter in place in their resort hotels. Now that the storm has passed, several of these guests have shared their experience:

Animal Kingdom Lodge guest Alan Friedrichsen of Grove City, Ohio, told Uncle Walt’s Insider that he was glad he upgraded his family to a Savannah View room. “It was best when the rains let up enough to see across the savannah but the winds were still high. We’d see all sorts of animals — giraffes, zebras, warthogs, cast members — flying through the air. You just don’t get that experience on a real African safari!”

Disney’s Contemporary Resort was the source of some excitement early Monday morning, as the storm’s rotation centered over Seven Seas Lagoon. “We heard a loud noise and went out into the atrium to see what the commotion was,” said Canon City, Colorado visitor Irma Lincoln. “Just a minute later a monorail train shot through the building. It must’ve been doing sixty, seventy miles per hour. There were three trains on the express loop, apparently, because we’d get another one through every minute, like clockwork.”

When asked to comment, resort officials confirmed the story, stating that the trains were indeed being propelled by the storm’s winds, but that no one was onboard any of them.

For guests not wishing to remain indoors, the resorts supplied rain ponchos, cookout supplies, kites, and first aid kits. Pop Century Resort guest Todd Lakin was one such guest. “Woo-wee, was that fun!” Akin reported. “This was once-in-a-lifetime stuff! I got to bounce off the giant foosball players as if I was the ball, swing on a giant yo-yo string, and even take the oversized Big Wheel for a spin! I love Disney!”

September 11, 2017 by Marty in Florida
© 2020 Uncle Walt's Insider. All rights reserved. All images used with permission. Unless otherwise attributed, all images licensed under Creative Commons CC0 license. This site is protected by reCAPTCHA and the Google Privacy Policy and Terms of Service apply.