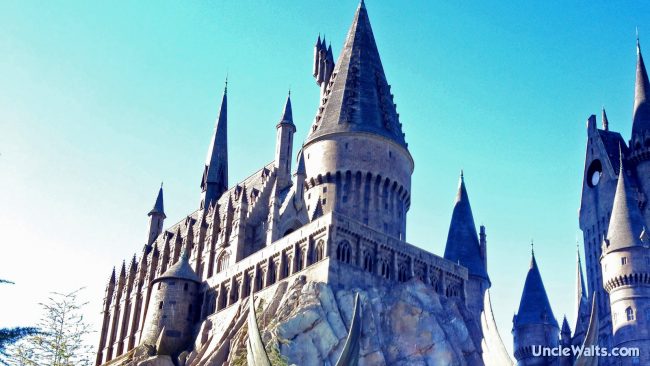 Some things you know about Universal Orlando may be wrong — #3 will surprise you!

Everyone knows the Universal Orlando Resort as the biggest, best, and most-attended theme park complex that is actually within the city limits of Orlando. But how well do you know it? Here are some cool facts about this incredible Florida entertainment destination:

#6. Islands of Adventure was originally going to be called “Thousand Islands.”

When Universal’s Islands of Adventure theme park was in the planning stages before its 1999 opening, it was going be named “Universal’s Thousand Islands,” a hint at the tremendous variety of opportunities for excitement and exploration in the new park. The proposed name didn’t last long, however, when park planners realized they didn’t want to build that many islands. Oddly, it wasn’t until after the name was scrapped that anyone thought of the connection with salad dressing.

#5. The Hard Rock Hotel has an incredible geology museum.

The Hard Rock Hotel at the Universal Orlando Resort invites you to “Live Like a Rock Legend,” and there’s no better place to experience life as a rock than in their Mineralogical and Natural History Caverns display, located two levels below the lobby. This fascinating museum is all about the rocks, showing how the Earth formed and developed, using videos and interactive displays. Other exhibits illustrate tectonic plates, temperatures during the year, winds, ice, sea currents, etc. Rocks are displayed in a rock wall and there are fascinating showcases of every mineral imaginable. Not to be missed!

#4. Men in Black Alien Attack is not based on Johnny Cash.

Although the original Man in Black, country music legend Johnny Cash, did spend a good chunk of his life hunting down aliens, the Men in Black attraction is actually based on some films with Will Smith in them. Who knew?

#3. Disney’s Magical Express buses will drop you off at Universal.

If you’ve stayed at a Walt Disney World resort hotel, you know that one of the biggest perks they offer is free transportation from Orlando International Airport. You just hop onto one of their Magical Express buses and head right to your Disney resort! But did you know some of the drivers will take you to Universal Orlando instead? You may need to ask around to find a driver who’s about to quit or retire, and tip him heavily, and risk ticking off a bunch of other passengers, but it can be done!

#2. Volcano Bay was not named for the giant volcano it’s built around.

This would seem obvious, but no — in fact, that’s not actually even a real volcano. (Hint: real volcanoes, most of them at least, do not have water slides built into them.) No, Universal’s water park was designed by explosive-happy movie director Michael “Volcano” Bay and bears his name as a tribute.

#1. That is the real Hogwarts.

The Harry Potter books and films hint that Hogwarts School of Witchcraft and Wizardry is located somewhere in the Scottish highlands, so it’s understandable if you think it isn’t in Orlando. However, it’s clear that the precise location of Hogwarts is magically unplottable, so the whole Scotland thing may just be misdirection. Many of our Uncle Walt’s Insider reporters have been to Scotland and have never seen Hogwarts there — but we’ve also been to the Wizarding World of Harry Potter at Universal Orlando, and the castle there is very real, and looks just like the one in the movies. So how does the Hogwarts Express train get there from King’s Cross Station in London? Magic, of course!

Which of these facts surprised you the most? Let us know in the comments!

January 26, 2018 by Marty in Florida
© 2020 Uncle Walt's Insider. All rights reserved. All images used with permission. Unless otherwise attributed, all images licensed under Creative Commons CC0 license. This site is protected by reCAPTCHA and the Google Privacy Policy and Terms of Service apply.