Confirmed: Seven Dwarfs Mine Train being rethemed to Finding Nemo 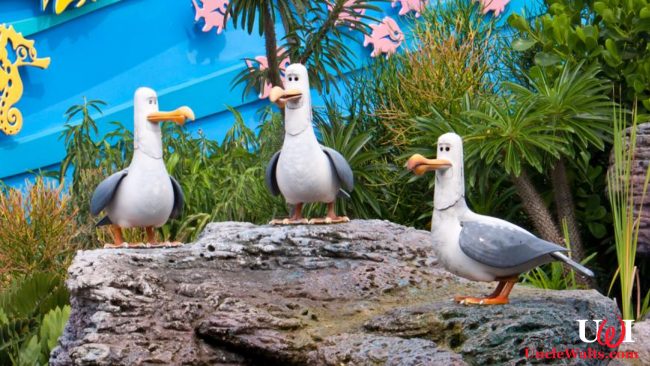 Disappointed guests and constantly low ridership leads to the change.

MAGIC KINGDOM, FL — The Seven Dwarfs Mine Train was to be the crown jewel of the Magic Kingdom expansion known as New Fantasyland. But the out-of-touch executives in Burbank did not realize the public disdain for Walt Disney’s first feature-length animated movie, Snow White and the Seven Dwarfs.

It may be the lack of interest in the source material, or just the poor ride experience, but the attraction is constantly a walk-on. Many guests only ride it to get out of the sun for a bit. But changes are coming! Uncle Walt’s Insider has confirmed that this ride will become something the public (mainly parents everywhere) will love.

After a brief shutdown, what was the Mine Train will be rethemed to the beloved Seagulls from Pixar’s Finding Nemo. And along with the new look, comes a new name – Finding Nemo’s MINE MINE MINE Train!

The redesigned ride will follow Nemo along on his quest to avoid being eaten by the birds — and more importantly, pooped on by the birds. Disney (the company) spokesperson Jun Disney (no relation) had this to share:

“The beach is probably the best vacation spot in existence. And the seagulls, aren’t they just the cutest? They say if you get pooped on by one, it’s good luck!

“Well, we’re bringing all of the luck to Disney’s Magic Kingdom at the Walt Disney World Resort! This re-imagined attraction will feature Nemo on an epic adventure as he tries once again to reunite with his dad. Along the way, guests will swoop, dive, and swing back and forth as they do their best to avoid the seagulls. But here’s the spoiler: everyone leaves ‘lucky,’ if you know what I mean.”

Look for Finding Nemo’s MINE MINE MINE Train to open sometime in 2021 at the Magic Kingdom park at Walt Disney World Resort & Spa & Tile Emporium.

Does this sound lucky to you? Let us know in the comments below!

Cover photo: The inspiration for the rethemed MIne Mine Mine Train. Photo by colorblindPICASO [CC BY-NC 2.0] via Flickr.

August 22, 2019 by Walt in Florida
© 2020 Uncle Walt's Insider. All rights reserved. All images used with permission. Unless otherwise attributed, all images licensed under Creative Commons CC0 license. This site is protected by reCAPTCHA and the Google Privacy Policy and Terms of Service apply.