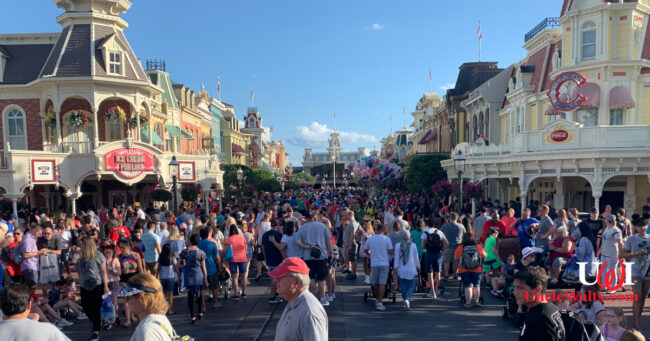 Giant mice and dogs used to be the main fear.

“We used to only have to deal with small kids being afraid of the characters,” shared Disney (the company) spokesperson Jun Disney (no relation). “But now that we’ve relaxed the masking requirement, we see people of every age freaking out all over the place, without a character in sight.”

We set out to interview guests at the Magic Kingdom about other folks going without face masks. Oddly, guests who themselves had no face mask on were all willing to speak with this reporter — and none of them seemed to have any problem with being around other unmasked people.

Guests still wearing masks, however, seemed unwilling to be interviewed. A few of the responses we heard when we approached were:

.
We’ll keep you informed if we ever can confirm whether the “fear” reports are true.

Have an opinion? Feel free to wear a mask while commenting below!

Cover photo: Hard to believe we used to breathe air that hadn’t been sucked through a dirty rag! Photo by JeffChristiansen [CC BY 2.0] via Flickr.

June 1, 2021 by Marty in Florida
© 2020 Uncle Walt's Insider. All rights reserved. All images used with permission. Unless otherwise attributed, all images licensed under Creative Commons CC0 license. This site is protected by reCAPTCHA and the Google Privacy Policy and Terms of Service apply.