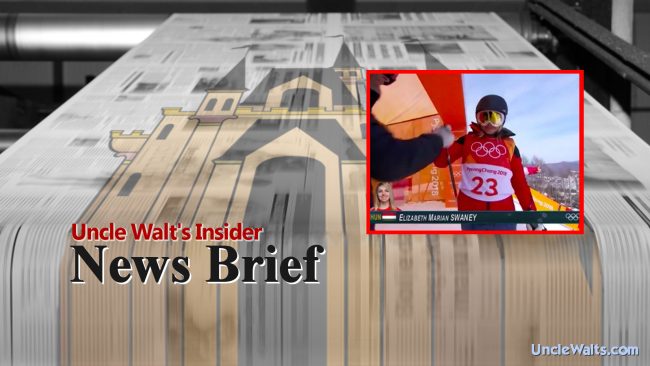 Olympic superstar Swaney is thrilled to train in warm weather.

PYEONGCHANG, SOUTH KOREA — Following her epic half-pipe performance, “Hungarian” Olympic skier Elizabeth Swaney has signed a contract to train exclusively at Disney’s ‘ESPN Wide World of Sports Complex.’ At a joint press conference on Sunday, Swaney announced that she would begin her training at the Walt Disney World Resort “shortly” after her return from Pyeongchang. Although the Wide World of Sports Complex does not have a half-pipe, Swaney said that she feels that it is the best place for her to train [Ed.: Since she’s not much of a skier anyway! Be sure to take out this note before we run this.].

Disney spokesperson Bobbi McMichaels added, “The Wide World of Sports Complex has long been home to world-class athletes, such as the 1995 World Series Champion Atlanta Braves, the 2011 East Ronkonkoma High School Junior ‘B’ Dance Team, and all the world-class athletes who play in our own Cast Member Recreational Softball Leagues. We are pleased to have an incredible athlete like Miss Swaney joining us at our world-class sporting venue.”

February 24, 2018 by X in Florida
© 2020 Uncle Walt's Insider. All rights reserved. All images used with permission. Unless otherwise attributed, all images licensed under Creative Commons CC0 license. This site is protected by reCAPTCHA and the Google Privacy Policy and Terms of Service apply.