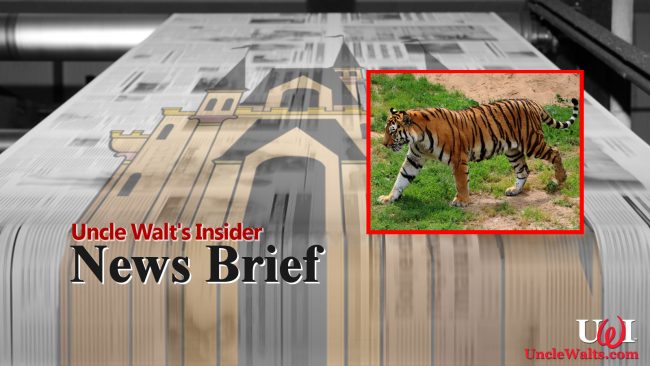 The popular wild animal encounter “just had one mauling too many.”

The attraction, an extra-cost experience located next to the Maharajah Jungle Trek, had received numerous complaints, and at least three guests were hospitalized over a period of several months for “bites and scratches.” In addition, Uncle Walt’s learned, Disney was having trouble acquiring new tiger saddles, as their only manufacturer had left his home in India and gone on an extended spiritual journey to all fourteen Disney parks worldwide.

Surprisingly, none of a complaints about the tiger attraction were from PETA (“People for the Ethical Treatment of Animals”); a PETA representative speaking anonymously expressed disappointment at the closure and described the experience as “really cool.”

March 29, 2018 by Marty in Florida
© 2020 Uncle Walt's Insider. All rights reserved. All images used with permission. Unless otherwise attributed, all images licensed under Creative Commons CC0 license. This site is protected by reCAPTCHA and the Google Privacy Policy and Terms of Service apply.