Disney clarifies: NO charge for resort parking; just for leaving 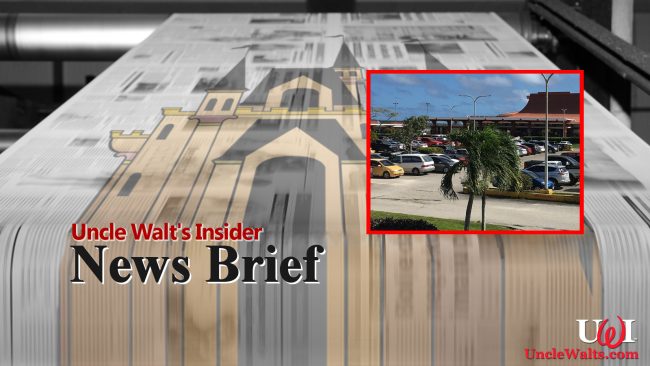 Overnight parking remains free to resort guests, unless they want to drive away.

WALT DISNEY WORLD — Disney fandom has been abuzz in the last week since the Walt Disney World Resort in Florida announced that resort guests could no longer park a vehicle overnight at their resorts for free. After the initial announcement, matters where confused when the new charges appeared on the official Walt Disney World website, then were removed, and then reinstated.

Uncle Walt’s Insider has gotten to the bottom of the controversy and has learned that, contrary to articles on other, less reliable theme park news sites, there is NOT going to be a charge for resort guests to park their vehicles overnight. Guests will only be charged, on a per night basis, if they ever choose to drive their car out of the resort parking lot.

We at Uncle Walt’s are hopeful that this will settle the controversy and quieten any misplaced anger at the erroneous news.

Inset photo, of a parking lot that kind of looks like the Polynesian Village Resort, by airbus777 from Washington, DC, USA (Saipan airport terminal) [CC BY 2.0] via Wikimedia Commons.

March 22, 2018 by Marty in Florida
© 2020 Uncle Walt's Insider. All rights reserved. All images used with permission. Unless otherwise attributed, all images licensed under Creative Commons CC0 license. This site is protected by reCAPTCHA and the Google Privacy Policy and Terms of Service apply.