“Gungan Talk with Jar Jar” is a huge success 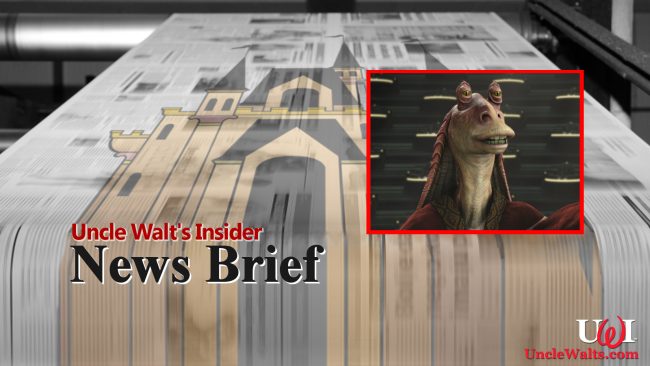 WALT DISNEY WORLD — Some were shocked back in January when Epcot’s The Seas with Nemo and Friends pavilion abruptly canceled “Turtle Talk with Crush” and replaced it with a similar experience involving Star Wars’ Jar Jar Binks. Although said to be a temporary change – a “test run” according to Imagineer Carly Aldenkamp – the show has proved to be incredibly popular with families.

Aldenkamp told Uncle Walt’s Insider, “This will eventually be a headline attraction over in the new Star Wars: Galaxy’s Edge land at the Studios, but I’m not surprised at its success, no. Kids and parents alike love Jar Jar. And Gungans are aquatic creatures, so it is a natural fit here at the Seas. We may just keep it here.”

April 7, 2018 by Marty in Florida
© 2020 Uncle Walt's Insider. All rights reserved. All images used with permission. Unless otherwise attributed, all images licensed under Creative Commons CC0 license. This site is protected by reCAPTCHA and the Google Privacy Policy and Terms of Service apply.