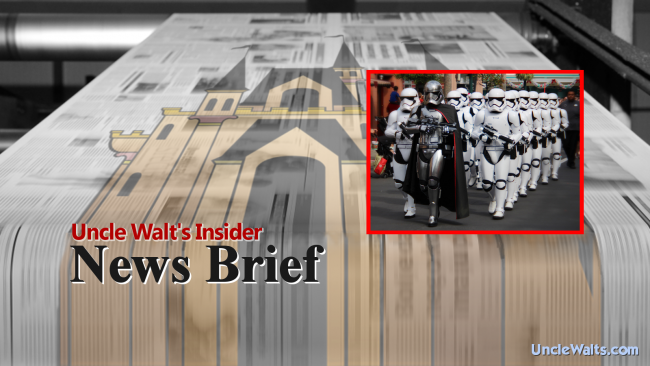 A stormtrooper goes missing. No, not that one. Another one.

DISNEY’S HOLLYWOOD STUDIOS, FL — The First Order recently put out a notice alerting the galaxy to be on the lookout for a missing trooper, designated FN-2198. FN-2198 (no relation to FN-2187) did not show up for a normal roll call prior to their scheduled 1500 (3PM for you civilians) March at Disney’s Hollywood Studios. FN-2198 was replaced by FN-1824, who recently came from back from a blaster injury suffered during a Jedi Training Academy session.

Although not identical, the missing stormtrooper recalls memories of when TK-421 was not at his post aboard the Death Star. A faulty communicator was blamed for the miscommunication. Soon after, TK-421 went missing. His empty armor was found in a trash compactor, however he was never found. Death Star officials put out a press release stating that TK-421 died after slipping into the trash compactor, and becoming dinner for a dianoga.

Anyone with information on the whereabouts of FN-2198 should report at once to Captain Phasma’s division.

February 15, 2018 by Walt in Florida
© 2020 Uncle Walt's Insider. All rights reserved. All images used with permission. Unless otherwise attributed, all images licensed under Creative Commons CC0 license. This site is protected by reCAPTCHA and the Google Privacy Policy and Terms of Service apply.