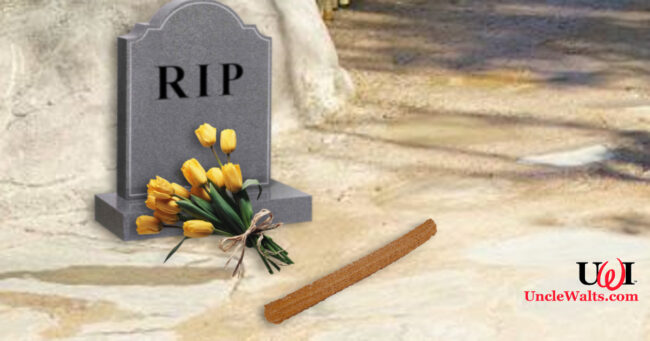 HARAMBE, FL — A riot broke out in the Africa section of Disney’s Animal Kingdom after a man was spotted throwing away an entire churro. Our very own Uncle Walt witnessed this atrocity first hand.

“I was taking note of a bit of paint chipped off the top of one of the buildings so I could file a complaint with Guest Relations about the state of the park,” Uncle Walt told himself so he could have a quote for this story, “when I saw this horrible excuse for a human throw away an entire churro.

“An entire churro! I mean, who does that?”

Shortly thereafter, other guests started to berate the individual who foolishly discarded an ENTIRE CHURRO. Soon a crowd formed, and a full-blown fight broke out between the churro discarder and those fighting against churro discrimination.

Eventually Disney Security arrived and declared a riot and unlawful assembly. Many guests retreated back to the Safari queue, while others took off toward Festival of The Lion King. The disgusting individual who threw away the churro was given a ban for life, and escorted out of the park.

Our own Uncle Walt was given a complimentary Guest of Honor pin for pointing out the horrible acts perpetrated by this low life. A parade in Uncle Walt’s honor was later held at the Magic Kingdom, where upbeat music played and floats filled with various Disney Characters went by. Based on Uncle Walt’s own report, “this was totally not a regularly scheduled parade that Disney has been running for months.”

Still, Uncle Walt doesn’t consider himself to be a hero.

“I was just following what a great man once said. I said, ‘Even if you drop a churro on the ground, you still eat it!'”

Does your boss have delusions of grandeur, too? Let us know in the comments below!

Cover photo: The five second rule does NOT apply to churros! Photo composite by Marty, as is the “comment below” question. Don’t tell Walt.

March 27, 2022 by Walt in Florida
© 2020 Uncle Walt's Insider. All rights reserved. All images used with permission. Unless otherwise attributed, all images licensed under Creative Commons CC0 license. This site is protected by reCAPTCHA and the Google Privacy Policy and Terms of Service apply.