La Befana out at Epcot, found guilty of being a witch - Uncle Walt's Insider

La Befana out at Epcot, found guilty of being a witch 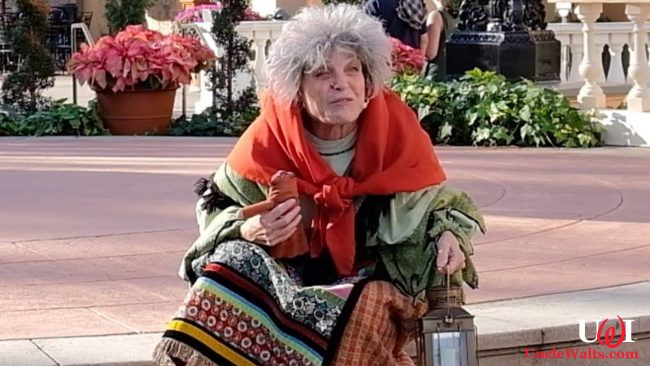 Italy’s representative at Epcot’s Festival of the Holidays goes on trial.

ITALY PAVILION, EPCOT, FL — After a shocking ruling, well-known Christmas character La Befana will no longer appear at Epcot’s Italy Pavilion and Spa during the Festival of the Holidays. The beloved storyteller has been found guilty by the Reedy Creek District Court of being a witch.

Following a brief trial, in which a number of rough-clad villagers brought accusations, the court announced its decision. Uncle Walt’s Insider obtained a copy of the ruling:

“In the matter of People vs. La Befana:

The defendant, Gabriella Deanne ‘La’ Befana, stands accused of being a witch. After hearing testimony, the Court has reached a decision in this matter. We will address each item of evidence in turn.

The first witness asserted that ‘she (the defendant) looks like a witch.’ The Court does not dispute that assessment. However, the defendant answered that ‘they dressed me like this,’ and that her witch-like clothing was actually from some place called ‘Costuming.’ Further, the Court holds that looking like a witch is not proof that the defendant is in fact a witch.

Another witness pointed out that Ms. Befana has a wart. Medical professionals from both parties examined the defendant and found that it was not a wart, but a piece of gummy candy that was stuck to her face.

A third witness claimed that the defendant turned him into a newt. Again, medical experts examined the witness and testified that at this time he was not, in fact, a newt.

Finally, however, the defendant was placed on the Court’s largest scales, and was found to weigh as much as a duck. Because ducks float in water, this proves she is made of wood, and therefore, a witch.

The court will adjourn until October 31st for the sentencing phase.”

After the verdict was announced, Ms. Befana was heard only to say, “It’s a fair cop.” Uncle Walt’s Insider will stay on top of this breaking news and bring you any update as soon as we make it up!

Does this seem familiar? Let us know in the comments below!

Cover photo: We found a witch. May we burn her? Screenshot via YouTube.

September 27, 2019 by Walt in Florida
© 2020 Uncle Walt's Insider. All rights reserved. All images used with permission. Unless otherwise attributed, all images licensed under Creative Commons CC0 license. This site is protected by reCAPTCHA and the Google Privacy Policy and Terms of Service apply.