Rise of the Resistance delayed again; thanks, Kylo Ren 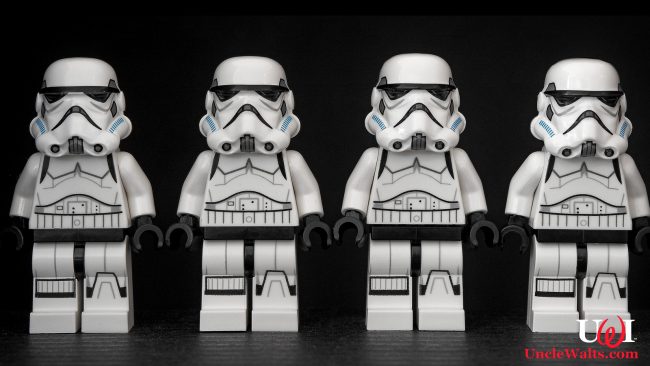 He really needs to learn to control his temper before he hurts someone.

BLACK SPIRE OUTPOST, BATUU — Internet and fan-driven news [Ed.: More like, FAKE news! Hah! Burn!] websites focusing on Disney have reported additional delays in the next Star Wars-themed attraction, Rise of the Resistance. It’s just the latest controversy coming out of the house of Mouse.

The Rise of the Resistance attraction at both the Walt Disney World Resort and Spa and Droid Factory, and the Disneyland Resort and Spa and Spa, are rumored to be plagued with exploding budgets, problems with the ride technology, and churro shortages.

The only reliable source of news, Uncle Walt’s Insider, investigated these claims.

We find the truth

On a recent visit to Batuu, after your very own Uncle Walt personally piloted the Millennium Falcon three times, walking away with over 27 billion credits and making the Kessel Run in less than eleven parsecs, he spoke with drywall contractor and storm trooper TK-4321.

TK-4321 shared the following, “After hanging the sheetrock, I started to tape and mud. Then, down the hall where my business partner TK-1234 had just finished a room, we hear all this commotion.

Let go of your feelings

“We both run down, and there he is, ole Kylo Ren (we call him Kylo Ben, really gets him worked up) is throwing another one of his fits. Man, he really tore through the wall and took out a good chunk of the computers that run the attraction. My guess is this will set the opening date back at least a month, if not two.”

We might suggest Disney keep Ren away from the construction site, but it probably won’t help. He tends to get murderous if you oppose him.

Do you think Uncle Walt really made the Kessel run in less than eleven parsecs? Comment below!

Cover photo: Concept art for the new Star Wars: Rise of the Resistance attraction at LEGOland. Photo [CC0] via pxhere.

October 1, 2019 by Walt in California, Florida
© 2020 Uncle Walt's Insider. All rights reserved. All images used with permission. Unless otherwise attributed, all images licensed under Creative Commons CC0 license. This site is protected by reCAPTCHA and the Google Privacy Policy and Terms of Service apply.