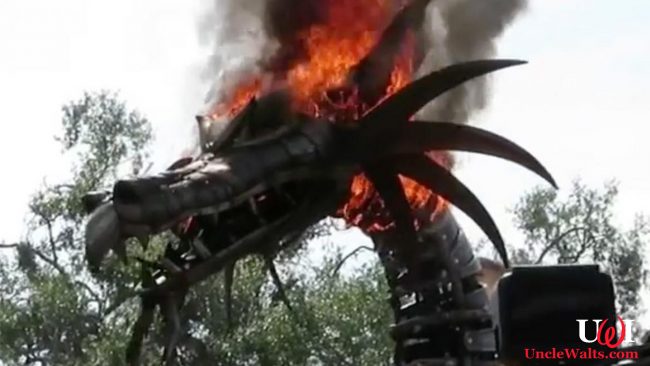 WALT DISNEY WORLD, FL — The ongoing eruption of Mount Kilauea in Hawaii has claimed a new victim — Maleficent the fire-breathing dragon, until now a fixture in the Magic Kingdom Park’s Festival of Fantasy Parade. 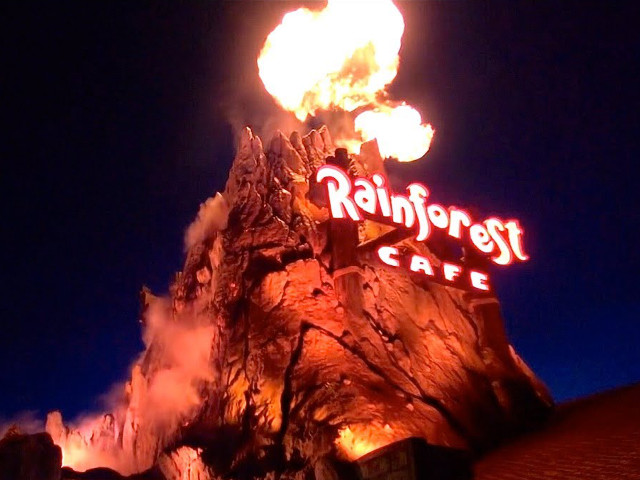 A spokesperson for Disney Parks and Resorts and Spas tells Uncle Walt’s Insider that during Friday’s parade, a lava fissure from the volcano opened in midair, directly beneath the head of the dragon, causing it to burst into flames. No guests were injured, although throughout the remainder of the day, appearances by the Maleficent character in her human form were cut short, as she complained of severe headaches and heat flashes.

Uncle Walt’s will keep you posted on any further volcanic activity in Disney parks.

Have you ever caught on fire at Walt Disney World? Let us know in the comments below!

May 15, 2018 by Marty in Florida
© 2020 Uncle Walt's Insider. All rights reserved. All images used with permission. Unless otherwise attributed, all images licensed under Creative Commons CC0 license. This site is protected by reCAPTCHA and the Google Privacy Policy and Terms of Service apply.