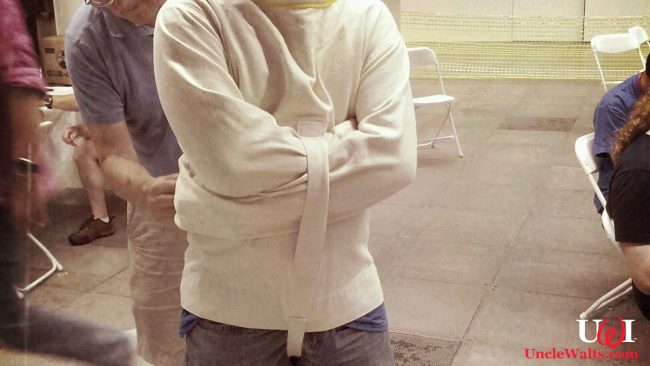 “He’s never done anything like this before,” his wife says.

KISSIMMEE, FL — A 48-year-old man is being held at an undisclosed mental health facility in Kissimmee for observation, after claiming to have seen a small purple dragon at Walt Disney World Resort’s Epcot park.

While the man’s identity has not been released, Uncle Walt’s Insider spoke with his wife Greta Butler of Maryville, Tennessee: “Dan and the kids and I had split up for a while in Future World. We hang together most of the time, but he gets sick on Mission: Space, and that’s what the rest of the family wanted to do.”

When the family reunited, Dan was not the same.

“He said he saw this really funny small purple dragon while we were apart. Now, I know my Disney characters, and the only dragons are Pete, who is green, and Maleficent, who has some purple, but is by no means small or funny.

“Okay, now I was freaking out a bit and steering him towards the First Aid station. I tried to tell him gently that what he was remembering was just a figment. But he just said, ‘Yes! Figment! You’ve seen him, too?'”

The unidentified guest (Butler) will be held at least 24 hours for observation in accordance with Florida law.

“I’m really concerned,” his wife tells Uncle Walt’s. “He’s never done anything like this before. I certainly hope no one else suffers from the same delusion.”

Have you ever seen anything troubling like this? Let us know in the comments below!

June 6, 2018 by Marty in Florida
© 2020 Uncle Walt's Insider. All rights reserved. All images used with permission. Unless otherwise attributed, all images licensed under Creative Commons CC0 license. This site is protected by reCAPTCHA and the Google Privacy Policy and Terms of Service apply.