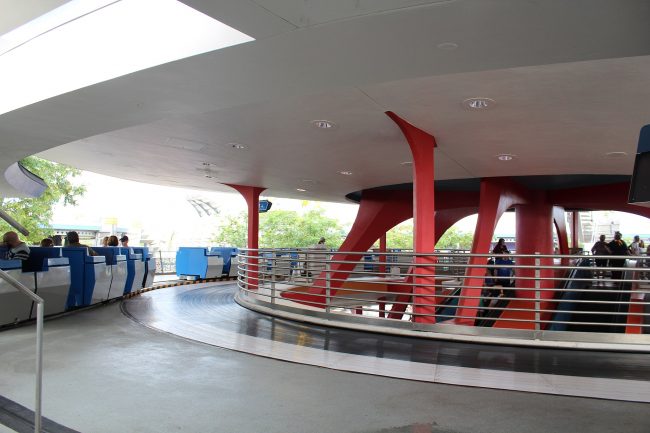 Twin brothers Tyler and Timothy Braddock, age 4, are enjoying their first visit to the Walt Disney World Resort — but in a sense, it is more of a return for them than a visit.

“We’re pretty sure they were conceived here,” mom Emelia Braddock, 28, of St. Charles, Missouri, tells Uncle Walt’s Insider. “They were born exactly nine months after Rudy [her husband] and I last visited, in 2012.”

Rudy Braddock, age 29, provides more details. “Yeah, she’s leaving out the best part. Not only were they conceived here [at Walt Disney World], they were conceived here.” Rudy is pointing at the Tomorrowland Transit Authority attraction in Disney’s Magic Kingdom Park.

The Tomorrowland Transit Authority, sometimes referred to as the “TTA” or the “Peoplemover,” is an attraction that takes guests on a slow-moving tour of the Tomorrowland section of the Magic Kingdom. Originally called the “WEDway Peoplemover,” the TTA features cars propelled magnetically via linear induction motors along an elevated track. The track meanders in and out of various Tomorrowland attraction buildings, including an almost two-minute stretch in near-darkness inside of Space Mountain.

When Uncle Walt’s Insider mentioned that particular section of the ride, mom Emelia blushed and turned away. Rudy Braddock, however, just grinned. “What can I say? We were newlyweds at the time.”

“You know, we have talked about expanding the family,” Rudy continues. Turning to his wife and kids, he says with a smile, “Who’s up for a ride?”

October 9, 2017 by Marty in Florida
© 2020 Uncle Walt's Insider. All rights reserved. All images used with permission. Unless otherwise attributed, all images licensed under Creative Commons CC0 license. This site is protected by reCAPTCHA and the Google Privacy Policy and Terms of Service apply.