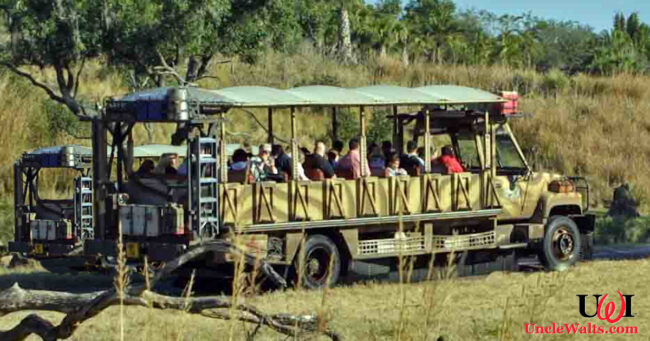 It will be months before handlers can get close enough to determine the gender.

“The Safari Truck breeding program has been around since the park opened,” Disney (no relation) explained, “but until this month Disney (the company) has been unsuccessful at breeding a new baby truck.”

“We’re very excited to announce this new addition to our Safari family!” Disney (no relation) continued. “After years of unsuccessful attempts, we’ve finally had success.

“I know that everyone is wondering what the name of this new Safari Truck is, and we’re proud to tell it to all of the faithful Uncle Walt’s Insiders fans first! We’re calling it ‘Simba One’!”

In even more exciting news, the newborn Safari Truck (which grow quickly to full size) is already out on safari carrying guests as they enjoy the beautiful Orlando weather! Maybe you’ll be one of the lucky guests who gets to ride aboard Simba One on your next Safari adventure!

Are you hoping you get to ride aboard Simba One? Let us know in the comments below!

Cover photo: Using a telephoto lens, a shy baby Simba One can just be glimpsed behind its mother. Photo by Michael Lowin [CC BY-SA 3.0] via Wikimedia.

September 24, 2020 by Walt in Florida
© 2020 Uncle Walt's Insider. All rights reserved. All images used with permission. Unless otherwise attributed, all images licensed under Creative Commons CC0 license. This site is protected by reCAPTCHA and the Google Privacy Policy and Terms of Service apply.