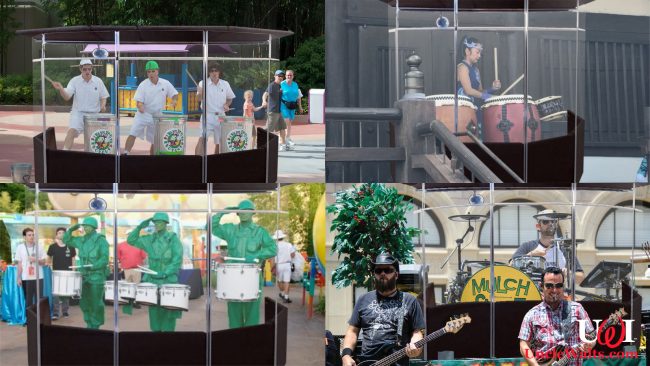 Don’t worry — most of the cages let in air.

BAY LAKE, FL — In a move that’s sure to spark controversy (and protests from People for the Ethical Treatment of Drummers), The Walt Disney World Resort, Dispensary, and Spa has begun adding drum cages for all musical acts within the parks.

Drum cages are clear Plexiglas shields, placed around a drum set (and corresponding drummer) to minimize noise. This is particularly useful for quiet environments, such as churches, libraries, auditoriums, Congress, theme parks, and other environments where you don’t really want to hear drums.

“Our guests love our musical acts throughout the parks. But a lot of guests have asked if there’s anything we can do to make the drums quieter. And we probably could have the audio techs just lower their levels a bit, but we figured that we may as well do everything we can do, and add cages as well. Although some organizations, such as the Sunshine Community Church of Johnson City, Tennessee, are starting to switch to ethically-sourced cage-free drummers, we are not worried about the ethics so much as the guest experience.”

Hollywood Studios Cast Member Jazzy, from Murfreesboro, TN, also spoke with us about the noise.

“I always loved watching ‘Mulch, Sweat, and Shears’ when they were on Streets of America. [Ed.: R.I.P. Streets of America. And ‘Mulch, Sweat, and Shears’. And the illusion of DHS actually being a studio.] But the drums were so loud. I was really thankful when they added the drum cage. Plus, with the drummer behind the screen, you kind of tune them out. It made it easier to watch my favorite keyboardist in the group (Jameson Boyce), with less distractions.”

Isn’t it better not to see the drummer? 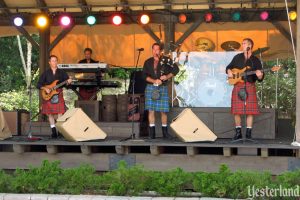 Disney (no relation) confirmed that the drum cages were nothing new. “We’ve been using them at some venues for a long time. Take a look at Off Kilter. They always had a cage. But we’ve learned from that. We were originally using too glossy of a shield. Nobody could see Scott [Ed.: Off Kilter drummer Scott Zymowski]. So we’ve started using a less glossy cage.

“If you go see Bodh’aktan [Ed.: The talented, but not quite as talented band that is currently inhabiting what should be Off Kilter’s stage], you can almost see the drummer clearly. But you’ll soon start to see the cages in other venues too, like the Jammitors and Matsuriza at EPCOT Centre, the Green Army Men at Disney’s Hollywood Studios, and we’re even working on finding a way to attach a mobile cage to the snare drummer in the Main Street Philharmonic.”

We also spoke with the American Federation of Magic Music Makers, as Disney’s musicians are covered under an AFMMM contract. Spokesperson Jun Musician (no relation) said that they are in talks with the Disney Company.

“Disney’s contract has a unique decibel-based clause for drummers, calling for them to get a bonus if they maintain a consistent decibel level through the entire performance,” Musician (no relation) stated. “We are working with Disney to determine if the addition of drum cages violates the spirit of this agreement.”

Are there other musicians you’d like to stuff in a box? Let us know in the comments below!

Cover photo: Various Disney World drummers in cages, as all drummers should be. Photo by charactercentral.net, deleted account via Reddit, WDW360.com, insidethemagic.net, and Acoustical Solutions.

November 4, 2019 by X in Florida
© 2020 Uncle Walt's Insider. All rights reserved. All images used with permission. Unless otherwise attributed, all images licensed under Creative Commons CC0 license. This site is protected by reCAPTCHA and the Google Privacy Policy and Terms of Service apply.