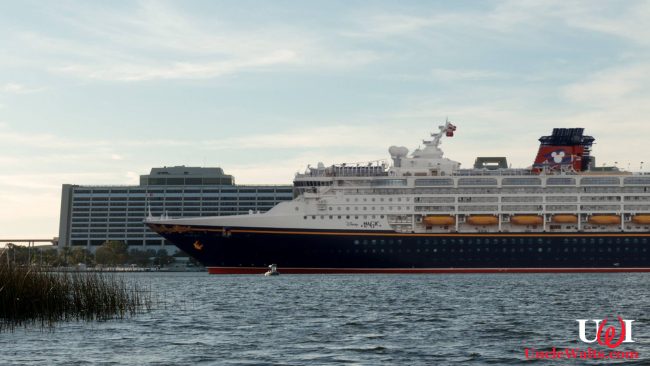 PORT CANAVERAL, FL — In a highly anticipated announcement earlier this week, Disney Cruise Line released their 2019 itineraries. In addition to the now traditional Caribbean, Bahamas, Alaska, and European itineraries, one new location was announced that has generated a lot of conversation. Disney will become the first cruise line ever to call on the port of Bay Lake, Florida!

Disney spokesperson Jun Disney (no relation) read a prepared statement announcing the new itineraries: “We at Disney Cruise Line know that our guests have come to love our beautiful ships, and the exciting ports of call that we visit. Now our guests will have an opportunity to sail to exotic Bay Lake, Florida, aboard the Disney Magic Cruise Ship and Spa. We have always tried to offer our guests innovative and unique experiences, and stopping in Bay Lake is one of the ways that we can expand that.”

An exotic but familiar port of call

Bay Lake, as our regular readers [Ed.: Both of you] may know, is located in central Florida, near Orlando. Disney (the company) has already developed several properties with lakefront views of Bay Lake, including Disney’s Contemporary Richard Nixon Is Not a Crook Resort and Spa, Disney’s Wilderness Lodge Resort and DVC Villas and Spa, and Disney’s Fort Wilderness Campground and Spa. 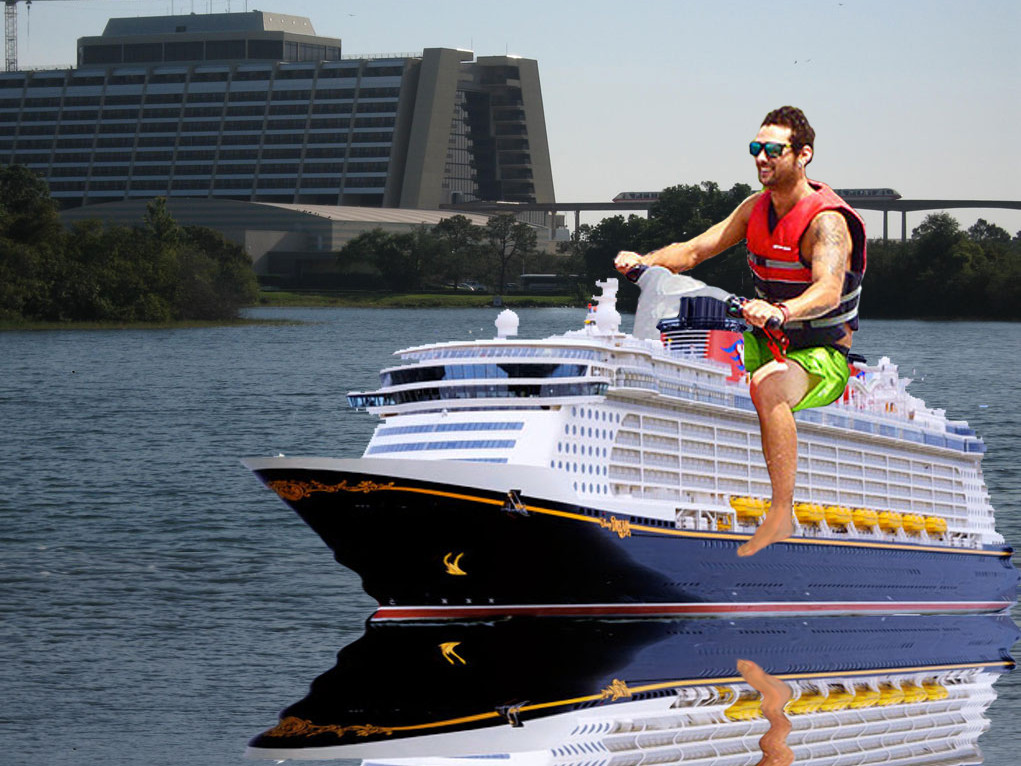 Disney (no relation) did not answer questions about how the ship would get to Bay Lake, but Uncle Walt’s Insider was able to find patent filings by Disney (the company) for a miniaturization technology. The inventors were listed as “Hank Pym, Wayne Szalinski, and Sue D. O’Nym”, which are all obvious pseudonyms. Our best guess is that the Disney Magic will be shrunk, for easy transport. (The other rumor, that the Magic would sail up the Hudson River, through a series of canals to Lake Erie and then be placed on a truck in Detroit and driven down I-75 to Florida is considered more unlikely. Mostly because, really, who would voluntarily go to Detroit?)

[Note: Since publication, both of Uncle Walt’s regular readers have contacted us to ask if the Bay Lake itinerary includes the Seven Seas Lagoon. We reached out to Disney (the spokesperson and the company) and were told that the 2019 itineraries will not include Seven Seas Lagoon, but they hope to add it as soon as they modify the monorail track to include a drawbridge feature, and also widen and greatly deepen the water bridge over World Drive.]

Will you take a Disney cruise to Bay Lake? Let us know in the comments below!

Cover photo of the Disney Magic totally for real on Bay Lake by Brandon Randall, used and modified by permission, and Pjotr Mahhonin [CC BY-SA 4.0] via Wikimedia Commons.

May 29, 2018 by X in Florida, Other
© 2020 Uncle Walt's Insider. All rights reserved. All images used with permission. Unless otherwise attributed, all images licensed under Creative Commons CC0 license. This site is protected by reCAPTCHA and the Google Privacy Policy and Terms of Service apply.