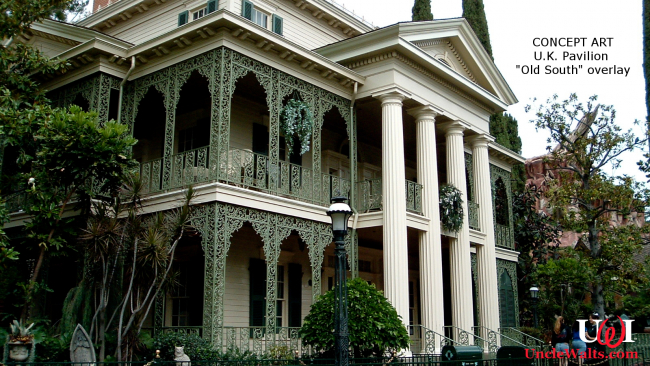 Confederate battle flags for sale are the first sign of the coming changes.

EPCOT, FL — While the fate of Brexit in Europe drags on, Uncle Walt’s Insider can confirm that Brexit has occurred at Epcot! An eagle-eyed reader sent in photographic evidence that an all-new Pavilion is replacing the UK Pavilion. Old South merchandise signals a coming Southern Culture Pavilion.

We have reached out to our favorite [Ed.: Let’s be honest, she is the only one who tolerates us.] [Ed.: Be sure to remove these notes before publication.] reporter, Jun Disney (no relation), to confirm this change.

I wish I was in the land of cotton

“Yes, it is true. The UK Pavilion is no more, having left Epcot in a huff,” says Disney (no relation). “They did leave behind the buildings, so that makes construction easier. The Imagineers are still completely out of original ideas, so they once again went to a Disney (the company, not me) movie for inspiration.

“They walked out of the vault with a dusty, but classic one, Song of the South! That’s right, I can announce that the UK Pavilion will be replaced by a pavilion dedicated to Southern Culture. Of course we’ll ignore the racist/slavery parts that used to exist and celebrate the food and the people.”

“Pretty much the world recognizes that slavery is bad, but really the southern part of the US is filled with beautiful and diverse people. They tend to be much friendlier than the northern states, at least according to our own internal polling, and the food!… Well, the food is simply amazing.” 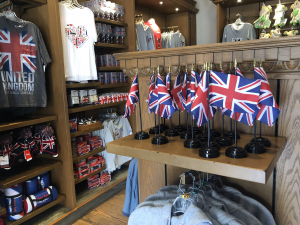 The Confederate battle flag for sale in the former U.K. Pavilion. Photo by Eagle-Eyed Reader, used without permission.

“And, wait. Is this the picture? That… that isn’t the Rebel Flag. Idiots.”

Well, this is awkward.

Should we have checked Snopes? Can Jun be trusted? What is your favorite cornbread and/or biscuit recipe? Let us know in the comments below!

April 6, 2019 by Walt in Florida
© 2020 Uncle Walt's Insider. All rights reserved. All images used with permission. Unless otherwise attributed, all images licensed under Creative Commons CC0 license. This site is protected by reCAPTCHA and the Google Privacy Policy and Terms of Service apply.