CORRECTION: Not all of Epcot will close - Uncle Walt's Insider

CORRECTION: Not all of Epcot will close 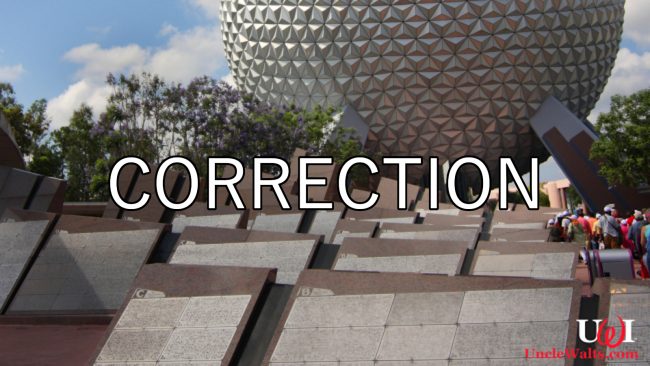 Frozen Ever After will remain open. And that new Space Restaurant thing.

WALT DISNEY WORLD, FL — We at Uncle Walt’s Insider pride ourselves on our accuracy. [Ed.: Up to 19% now! That’s more than double CNN!] So when we publish mistaken information, we want to let you know as soon as possible.

Our source now tells us that, due to overwhelming demand, the Frozen Ever After ride — and its corresponding gift shop — will remain open. We’re not exactly sure how guests will get to it, but it will be open.

We’ll keep you posted in the extremely unlikely event we ever have to correct ourselves again.

Were you hoping Frozen Ever After would be closed? Let us know in the comments below!

Cover photo: This is our first mistake since midnight! Photo by Sam Howzit [CC BY 2.0] via Flickr.

January 16, 2020 by Marty in Florida
© 2020 Uncle Walt's Insider. All rights reserved. All images used with permission. Unless otherwise attributed, all images licensed under Creative Commons CC0 license. This site is protected by reCAPTCHA and the Google Privacy Policy and Terms of Service apply.