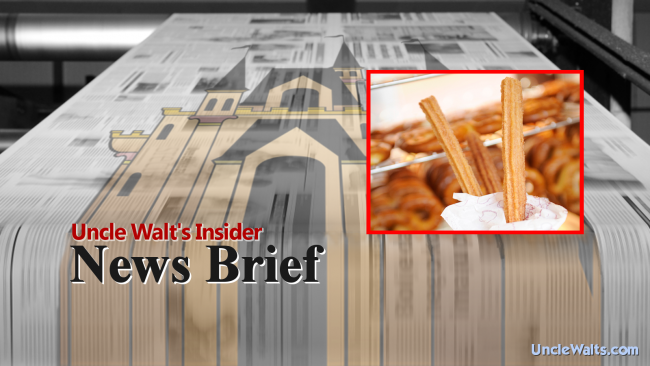 LAKE BUENA VISTA, FL and ANAHEIM, CA– This past Sunday, both the Walt Disney World Resort in Florida and California’s Disneyland Resort announced that their park admission ticket prices would increase, as they have annually for many years. Fortunately, Uncle Walt’s Insider can confirm that prices for churros have not been increased. Churros, a fried, sweet, cinnamon-flavored snack are a popular favorite among park guests. Speaking on the condition of anonymity, one Magic Kingdom guest told our reporter “I know that they always increase the ticket prices, and that’s no big deal, but a churro price increase would be awful! We’d have to cut down on our vacations to be able to afford that. I’m so happy they didn’t change.”

February 13, 2018 by X in California, Florida
© 2020 Uncle Walt's Insider. All rights reserved. All images used with permission. Unless otherwise attributed, all images licensed under Creative Commons CC0 license. This site is protected by reCAPTCHA and the Google Privacy Policy and Terms of Service apply.