Child learns he is adopted while visiting Universal Studios Orlando 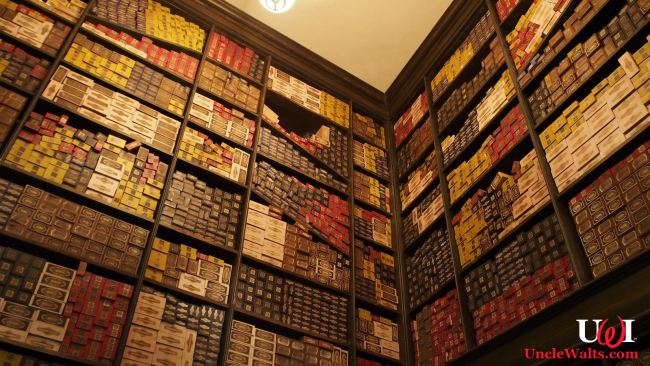 “The wand chooses the wizard. And causes uncomfortable family situations.”

ORLANDO, FL — For many children, the wand ceremony at the Wizarding World of Harry Potter is a joyful and fun experience. But when a wand chose Ron Ingram, 12, of Orlando, and clearly showed him to be of magical heritage, his No-Maj (or “Muggle,” for those more familiar with the British term) parents were forced to admit he was adopted.

“I was looking at all the wands in Ollivanders™ [Ed.: at Universal Studios Orlando],” Ron told Uncle Walt’s Insider, “and all of a sudden a wand just jumped out of its box and into my hands. It was cool, but it scared me. I knew my family was not magical, so I wasn’t expecting it at all.”

Ingram family matriarch, Elizabeth, was brought to tears as she and her husband, Charles, had to explain to their son that he was in fact, adopted.

Elizabeth spoke with UWI saying, “We planned to tell him on his 18th birthday, most likely in a letter printed on nice paper tucked inside of a birthday card with a $100 bill or something. Now we have to explain everything to him. It’s really weird that thing would leap out at him like that, it’s not like wizards are real or anything.”

An employee at Ollivanders™ spoke with Uncle Walt’s Insider saying, “It’s not the first time a No-Maj family has had an adopted child outed in Hogsmeade. Just last week there were twin girls who both had their wands choose them! And on their birthday! Who is more magical now, Mr. Disney!?”

Meanwhile, a shocked Ingram family headed home, with a visibly upset Charles Ingram stating they were cancelling their Universal annual passes and just going to visit Walt Disney World instead.

Are you a wizard, Harry? Let us know in the comments below!

January 9, 2019 by Walt in Florida
© 2020 Uncle Walt's Insider. All rights reserved. All images used with permission. Unless otherwise attributed, all images licensed under Creative Commons CC0 license. This site is protected by reCAPTCHA and the Google Privacy Policy and Terms of Service apply.