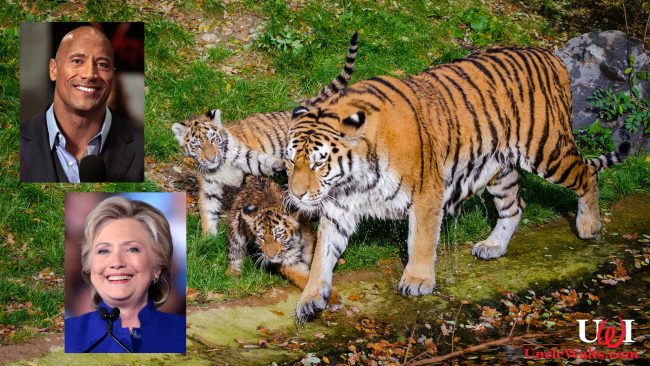 This is something the people are clamoring for, right?

ANIMAL KINGDOM, FL — Uncle Walt’s Insider is pleased to bring you this exclusive announcement from Disney (the company) spokesperson Jun Disney (no relation):

“Hey all you cool cats and kittens [Ed.: Shoot us now.], Jun Disney (the spokeswoman) [Ed.: no relation] from the Disney (the company) Company here to tell you all about a wild new sponsor coming to the Animal Kingdom Park at Walt Disney World Resort, Spa & Outlet Mall!

Next: “Big Cat: The Musical”

“Disney (the company) and Carole Baskin have signed an agreement to bring the Big Cat Rescue name, along with Mrs. Baskin’s likeness, as the title sponsor of the Maharajah Jungle Trek! The new name, Maharajah “Big Cat” Jungle Trek will feature video stations along the trail playing videos of Carole Baskin telling you about the various animals you can encounter. In addition, a daily vlog featuring Mrs. Baskin will update guests on how the day’s events went for the tigers on display.”

“Disney (the company) Pictures will also do a tie-in with the upcoming live action remake of Tiger King. Guests will be able to buy merchandise themed to their favorite Tiger King characters, including Joe Exotic, Erik Cowie, Carole Baskin, Don Lewis, and more!”

Is Tiger King stuff still relevant? Let us know in the comments below!

July 29, 2020 by Walt in Florida
© 2020 Uncle Walt's Insider. All rights reserved. All images used with permission. Unless otherwise attributed, all images licensed under Creative Commons CC0 license. This site is protected by reCAPTCHA and the Google Privacy Policy and Terms of Service apply.