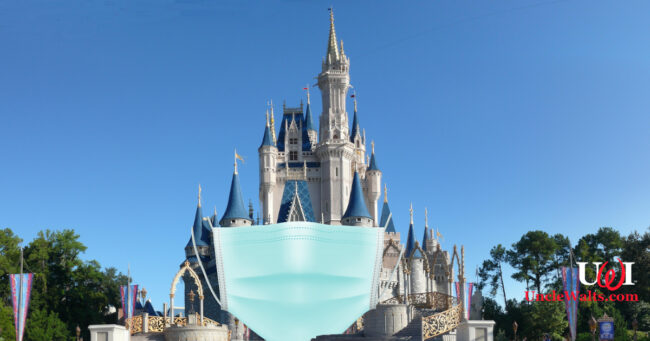 Wait, what did they put on Main Street USA???

WALT DISNEY WORLD, FL — In stunning news, exclusive to Uncle Walt’s Insider [Ed.: Actually, most of the articles we make up are exclusive to us], Walt Disney World has shut down entirely due to an outbreak of monkeypox.

Details are sketchy at the moment, so instead of making stuff up like we usually do, we reached out to our favorite Disney spokesperson.

“Unofficially, and off the record — please don’t publish this,” Disney (no relation) continued, “we may have been trying to get back at (Florida Governor Ron) DeSantis a bit too much. In hindsight, though, it was probably a bad idea to put a gay bathhouse on Main Street USA.”

Uncle Walt’s Insider will have more details for you as soon as we can think them up.

Will the guests aboard Star Wars: Galactic Star Cruiser be allowed to land, we wonder? Let us know in the comments below!

Cover photo: All this in spite of their precautions. Photo by Michael Gray [CC BY-SA 2.0] via Flickr.

September 3, 2022 by Marty in Florida
© 2020 Uncle Walt's Insider. All rights reserved. All images used with permission. Unless otherwise attributed, all images licensed under Creative Commons CC0 license. This site is protected by reCAPTCHA and the Google Privacy Policy and Terms of Service apply.