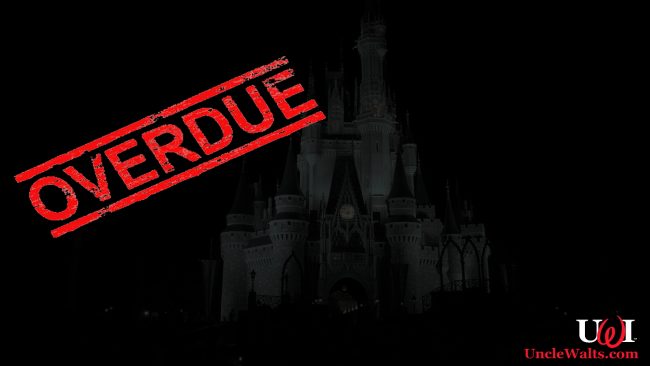 Even the world’s #1 vacation destination misses an electric bill payment now and then.

DISNEY SPRINGS, FL — Officials at the Walt Disney World Resort, Spa & Bottling Factory were left scrambling late Monday night after their power was shut off. The power outage across the resort was due to a missed electric bill payment.

Uncle Walt’s Insider reached out to Disney (the company) spokesperson, Jun Disney (no relation) for more explanation. We apparently caught her off guard.

No official talking points yet?

Disney (no relation) stammered a bit.

“Also — and this is a bit embarrassing — could you loan us a few thousand dollars until Thursday?”

Are you signing up for Disney+? Let us know in the comments below!

August 27, 2019 by Walt in Florida
© 2020 Uncle Walt's Insider. All rights reserved. All images used with permission. Unless otherwise attributed, all images licensed under Creative Commons CC0 license. This site is protected by reCAPTCHA and the Google Privacy Policy and Terms of Service apply.