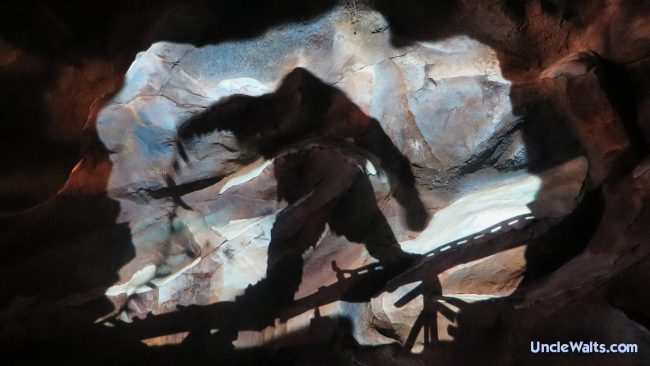 Just weeks after the arrival of a baby hippo, Disney celebrates another rare birth.

It’s an historic month for Disney’s Animal Kingdom Theme Park and its team of animal specialists. Still elated over the birth of a baby hippopotamus on January 13, the park announced Sunday the arrival of the first Yeti born in captivity.

Disney animal care experts have worked closely in the past with the Association of Zoos and Aquariums, which oversees a Species Survival Plan for endangered animal species. The Himalayan Yeti is believed to be incredibly endangered, having only a dozen or so of these amazing creatures living in the wild, although exact numbers are not known since sightings are so rare.

The Animal Kingdom park, which hosts a unique mixture of thrill rides, live animals, floating rocks, environmental concerns, and churro carts, has long taken seriously their mission to understand and educate its guests about the natural world. Their work with scientific organizations in wildlife conservation organizations is unparalled. However, this particular birth was not part of those efforts.

The Yeti arrived in 2006 and took up residence in a cave in Forbidden Mountain, inside the Expedition: Everest attraction. Terrell explains, “We were happy to leave her alone. She fed herself and was content to yell at the guests passing by without actually mauling them, except for that one time, after which we put in a strobe light to let her take out her energy and aggression on the dance floor. But apart from that, none of us wanted to get close enough to her to actually examine her.”

Terrell cannot say how the Yeti came to be pregnant. “There’s so little we know about Yetis. Maybe she arrived pregnant? If so, that would be an awfully long gestation period. But the alternative is that there is a male Yeti running loose around here somewhere. I… really do not want to think about that.”

The weight and gender of the new baby Yeti, which has been nicknamed “Snowball,” has not been determined — and may never be unless someone volunteers to take it from its mom to examine it.

January 29, 2018 by Marty in Florida
© 2020 Uncle Walt's Insider. All rights reserved. All images used with permission. Unless otherwise attributed, all images licensed under Creative Commons CC0 license. This site is protected by reCAPTCHA and the Google Privacy Policy and Terms of Service apply.