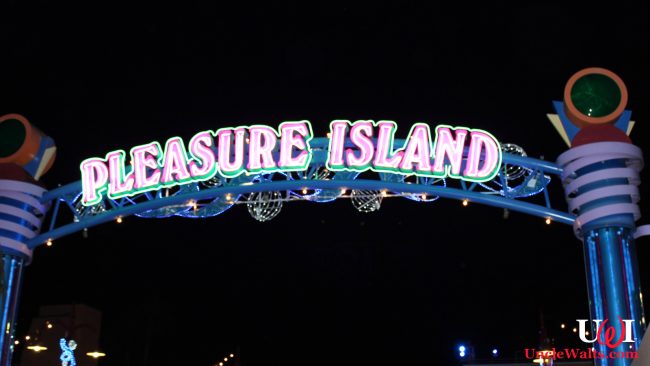 Or “The one where we mourn the Downtown Disney of Yesterday.”

WALT DISNEY WORLD, FL — Uncle Walt’s Insider has discovered a certain Cast Member who is an amazing actor, in a role not normally associated with acting skills. In fact, this Disney Springs Guest Relations Cast Member is such a talented actor that he is, incredibly, able to keep a straight face while guests ask one stupid question after another!

Our intrepid reporter [Ed.: who, coincidentally, also drives an Intrepid] was meeting with an anonymous source and enjoying some nachos at Orlando Ale House, a popular Cast Member hangout. The source, Michael Jordan (no, not that Michael Jordan … or that one) was telling stories from his work at Disney Springs Guest Relations, and one such story was so incredible, so amazing, so fantastic, that we at Uncle Walt’s had to share it with you, our loyal readers [Ed.: both of you].

Jordan (N.N.T.J. … O.T.O.): “As you might imagine, guests love to ask us stupid questions. A lot of these guests think that they’re clever, as if it’s the first time that we’ve ever heard that question. [Ed: Other guests, sadly, aren’t joking, and are actually, demonstrably stupid.]

“So we get questions like ‘What time is the 3 o’clock parade?’ or ‘Where’s the restroom?’ all the time. We’ve all heard them, and most of us usually manage a tight little smile and an answer, trying to at least fake politeness for as long as we can hold it together. But this guy I work with, (another Guest Relations Cast Member named) Steve, man, he really does it.”

“I witnessed this one guest came up and asked for directions to the Empress Lilly [Note: which closed in 1995]. [Ed.: This is sad. That was the very first character meal I ever went to.] Steve didn’t bat an eye, just calmly answered that the Empress Lilly didn’t exist by that name any more, but the building is now Paddlefish.

“The guest then asked about McDonalds [Ed.: *small tear*]. Steve said that McDonalds had closed in 2010, and was located roughly where Amorette’s is now.

“By this time, Steve must have known the guest was trying to mess with him, but he didn’t let it faze him. Not even when the guest’s next question was ‘What time does Virgin Megastore close?’ Steve was able to, without even rolling his eyes, say that Virgin had closed, and was now Splitsville.

“I don’t know how he did it. By this point, every other Cast Member would’ve been giving wiseass answers, but not Steve. He was as calm and polite as could be.

“The guest decided to go for the big finale, and asked where he could find the Adventurer’s Club. Steve was still holding it together, and told the guest, genuinely and politely, without even the smallest trace of an eye roll, that the Adventurer’s Club had closed [Ed.: *sobs uncontrollably*], and was now replaced by The Edison.”

Jordan concluded, “The guest finally walked off muttering about how he wasn’t going to have anything to complain about, because he had been treated very respectfully.”

In a time when Disney is allowing its Cast Members to slap guests asking directions to competitors’ parks, it’s refreshing to hear of one who can convincingly be polite to jerks.

What do you think? Does Steve deserve a Tony Award for his acting? Let us know in the comments below!

June 14, 2018 by X in Florida
© 2020 Uncle Walt's Insider. All rights reserved. All images used with permission. Unless otherwise attributed, all images licensed under Creative Commons CC0 license. This site is protected by reCAPTCHA and the Google Privacy Policy and Terms of Service apply.