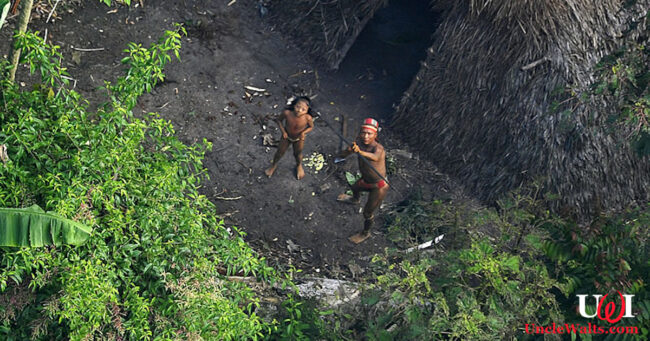 And then they invited us to stay for dinner!

MIDDLE OF THE JUNGLE — As Disney fans react to the announcement from Disney about the upcoming changes to the beloved ride The Jungle Cruise, Uncle Walt’s Insider reached out to a previously un-contacted tribe to get their reaction.

Initially we were concerned when the men of the tribe approached us with bows and spears, but after Uncle Walt offered them churros, we think we were welcomed as part of the tribe. It appears Uncle Walt may also be some sort of deity for them. We’re not sure, but now he’s just going around the office wearing a robe and making random declarations. [Ed.: And this is different how?]

In the end, we’re were finally able to communicate the changes to the attraction. As it turns out, they have never heard of the Jungle Cruise, and they were not offended with the depiction of indigenous people. In fact, they thought they sounded like their kind of people!

Do you think the front side of water is offended? Let us know in the comments below!

Cover photo: Just one of the scenes being removed from the Jungle Cruise. Photo by Gleilson Miranda/Secretaria de Comunicação do Estado do Acre [CC BY 2.5 BR] via Wikimedia.

February 7, 2021 by Walt in California, Florida
© 2020 Uncle Walt's Insider. All rights reserved. All images used with permission. Unless otherwise attributed, all images licensed under Creative Commons CC0 license. This site is protected by reCAPTCHA and the Google Privacy Policy and Terms of Service apply.