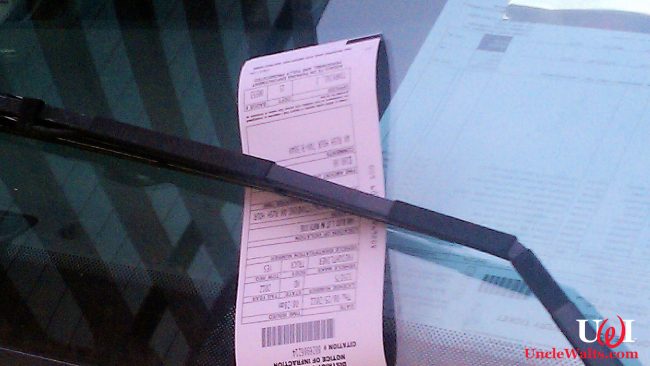 The Millenium Falcon has been impounded.

ANAHEIM, CA — Rumors are swirling out of Anaheim that Star Wars Land at the Disneyland Park might be delayed due to unpaid parking tickets.

Anonymous sources at Disneyland [Ed.: Alex from Star Tours] tell us that the Millennium Falcon has been impounded by the city of Escondido due to a high number of unpaid parking tickets. Uncle Walt’s Insider reached out to city officials as well as Disney brass, and neither would comment. However, we then were contacted by a man who identified himself as Ed from Ed’s Towing, and who provided us with the following statement:

“I am Ed. From Ed’s Towing. We are contracted with the city of Escondido, CA to provide towing services to the city for all matters regarding vehicles of any type which need to be towed and impounded at the Ed’s Towing Impound Lot, Pawn Shop, Resort & Spa.

“I can confirm that I am currently in possession of one Corellian YT-1300f light freighter. I cannot comment if this is in fact the Millennium Falcon. Any further inquiries into this potentially highly lucrative situation can be directed to my brother and attorney, Ned. Thank you, and God Bless the United States of America.”

A delayed opening of Star Wars Land could be a tremendous financial setback for Disney, and this news could spell disaster for Disney on the stock market. Uncle Walt’s will update you with any information we may receive.

UPDATE: It was an old U-Haul truck, not the Millennium Falcon. We think this may have been REDACTED to get free publicity [Redacted at the request of Ed’s brother and attorney Ned].

Was it Ed or a larger plot by Lando to get the Falcon back? Let us know in the comments below!

Cover photo of a parking ticket on the Millenium Falcon’s windshield(?) by Tim1965 [CC BY-SA 3.0] via Wikimedia Commons.

July 6, 2018 by Walt in California
© 2020 Uncle Walt's Insider. All rights reserved. All images used with permission. Unless otherwise attributed, all images licensed under Creative Commons CC0 license. This site is protected by reCAPTCHA and the Google Privacy Policy and Terms of Service apply.