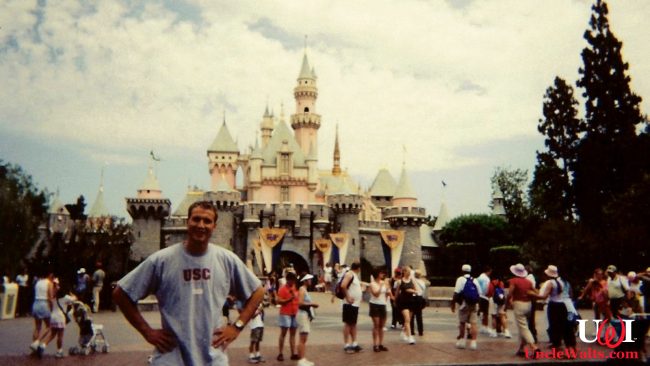 We’ve all been there.

DISNEYLAND, CA — A recent Disneyland guest, who calls himself Manny Rawls*, spend much of his visit fuming over the misinformation he heard spoken by other guests. Rawls shared his frustration with Uncle Walt’s Insider:

“It’s unreal how confident some people can be while spewing absolute nonsense,” Rawls shared. “And I always end up stuck in a long queue next to these half-wits, struggling not to correct them in front of everybody.”

We asked for some examples

“Oh, where to start… here are some of the things I had to think because of these idiots: ‘No, Walt did not have an apartment in Sleeping Beauty Castle.’ ‘No, that’s the Matterhorn, not Space Mountain.’ ‘No, Tarzan’s Treehouse was not built over the frame of an oil derrick.’ ‘No, Mickey was not originally a rabbit.’

“It’s like these people just remember fragments of ‘making of’ documentaries or Wikipedia pages, and suddenly they’re a Disney authority. It’s really upsetting to those of us who actually are.”

But we understand you also believe Walt Disney was frozen?

Rawls fumes. “Hey, it was just his head, but that’s totally true. I had a neighbor whose cousin once worked for guy who’d been in the L.A. Coroner’s office the day the paperwork was filed.”

Do you have a neighbor whose cousin says otherwise? Let us know in the comments below!

Cover photo: Ed.: Is this the guy the article is about? Marty: Nah, it’s just some picture I found on the internet. Photo by Ken Lund [CC BY-SA 2.0] via Flickr.

January 7, 2020 by Marty in California
© 2020 Uncle Walt's Insider. All rights reserved. All images used with permission. Unless otherwise attributed, all images licensed under Creative Commons CC0 license. This site is protected by reCAPTCHA and the Google Privacy Policy and Terms of Service apply.