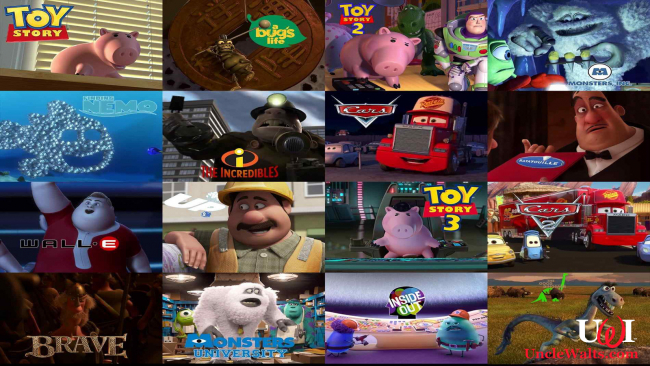 The new dark ride will incorporate every Pixar character voiced by John Ratzenberger.

ANAHEIM, CA — A brand-new attraction is on its way to Disney’s California Adventure Park, and it promises to be the original, innovative ride that the park has needed.

Just months after California Adventure rethemed its Paradise Pier area to be Pixar Pier, park officials have announced “A Very Ratzenberger Adventure.” The ride will incorporate 3-D projection and trackless vehicles, much like Ratatouille: L’Aventure Totalement Toquée de Rémy at Walt Disney Studios in Disneyland Paris. But most excitingly, the ride will feature every Pixar character voiced by John Ratzenberger — and none others.

Underminer to the underworld?

Most details about ride have not yet been released, so we made some up and called them “rumors.” So, it is “rumored” that guests will ride in cars shaped like Toy Story’s piggy bank Hamm, who acts as a tour guide through the attraction. An encounter with the Incredible’s Underminer sends the car plummeting to the underworld, where Coco’s Juan Ortodoncia shows guests around the land of the dead. And then we meet all the other Ratzenberger characters who are all dead by now, or something like that.

Guests will reportedly exit through a combination gift shop and cafe, where they can feast on gourmet Ratzen-burgers while watching episodes of “Made in America” on screens throughout the dining area. Construction is slated to begin shortly after Ratzenberger finishes studio recordings of all the characters’ dialogue for the ride, in approximately eight or nine years.

Which John Ratzenberger character is your favorite? Let us know in the comments below!

September 13, 2018 by Marty in California
© 2020 Uncle Walt's Insider. All rights reserved. All images used with permission. Unless otherwise attributed, all images licensed under Creative Commons CC0 license. This site is protected by reCAPTCHA and the Google Privacy Policy and Terms of Service apply.