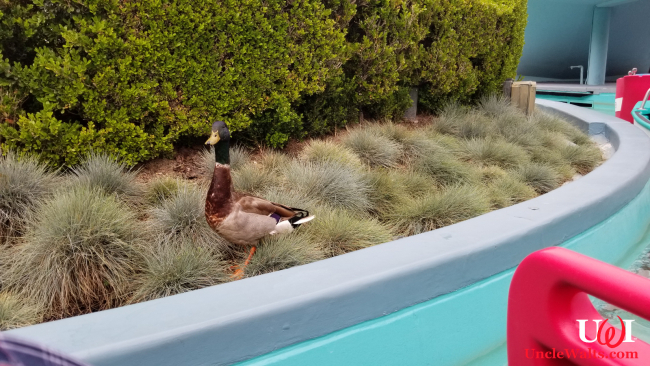 To be fair, “duck” and “dock” do sound alike. And there was a duck.

DISNEYLAND, CA — Ronald Patton, 24, came to California last week from his Tempe, Arizona, home with two goals: visit one of California’s cannabis dispensaries, and spend a day at Disneyland.

We cannot report on whether he completed his first goal, but it might explain why he ended up being fished out of the water at Disneyland’s it’s a small world attraction on Saturday.

“So I’d just finished, like, the whole ride, and that song was going through my head. You know? Our boat was heading to the, like, loading area. And there was this duck walking right by the boat!

“I was like, whoa, Disney robots are so real-like. Then I heard this voice telling me what to do. I still remember exactly what it said:

‘Please remain seated in your boat until it comes to a complete stop at the duck.'”

Cast Member Brandi from Santa Ana, who spoke with Uncle Walt’s on the condition of anonymity, witnessed the incident.

“Yeah, he tried to climb out of the boat before the dock, and the boat moved, and he fell in. Scared the duck, too.”

Brandi tells us this has become a more common occurrence since the legalization of pot in the state. We tried to ask Patton if that was a factor in his incident, but he had wandered off in search of a cream cheese-filled pretzel, citing a case of “the munchies.”

May 20, 2019 by Marty in California
© 2020 Uncle Walt's Insider. All rights reserved. All images used with permission. Unless otherwise attributed, all images licensed under Creative Commons CC0 license. This site is protected by reCAPTCHA and the Google Privacy Policy and Terms of Service apply.