"Fine Knacks for Ladies" writer ejected from Disneyland: 'None of us wast in the wrong' - Uncle Walt's Insider

“Fine Knacks for Ladies” writer ejected from Disneyland: ‘None of us wast in the wrong’ 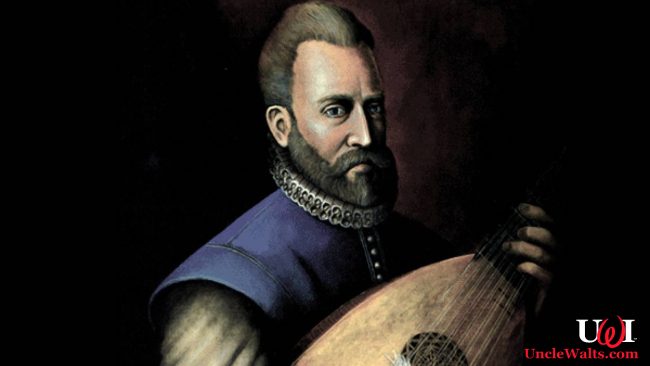 ANAHEIM, CA — Fine Knacks for Ladies writer and 16th century composer John Dowland said he did nothing wrong when his entourage was ejected from Disneyland last month. The group was booted after someone in his party allegedly made threatening remarks to a Disney Cast Member to “fetch a caliver and cometh back,” according to a recent interview.

The songwriter explained his side of the story and defended those accompanying him in a new video posted online by an obscure website that we won’t mention here.

“Forsooth, I was not wrong,” Dowland said in the interview, “None of us wast in the wrong.”

We think that’s a threat

Anaheim Police said the threatening remarks to the Disneyland Cast Member was reported as “I shall away, to wend home and fetch a caliver, and shall return presently.”

“T’wast as nothing,” Dowland said. “They hath said, lo, one o’ the folk I wast with hath said they hadst a weapon ‘r some such. Which wast false.”

According to the police, no caliver was found among the members of Dowland’s entourage. The person who made the threatening remarks was escorted out of Disneyland, police said.

“They hath found out t’wast a forswear,” Dowland claimed. “So they spake like, ‘all right, he still hast to leaveth because he wast disrespectful to the constables.’ Because forsooth, we wast offend’d e’re they cameth up to us in the first instance.”

“I wast with none who would speak a horror like yond,” Dowland said in the interview. “I wast with naught but family. That’s wherefore t’wast like dumb e’re they cameth up to me. I knoweth not if ‘t be true someone kneweth who I wast, and didn’t like me and maketh this the horror up.”

A pox on both their houses

Dowland requested a refund in an exchange with Cast Members laced with antiquated vulgarities, and the remainder of his group were also ejected from the park.

“Nay, they banned me not,” Dowland said in the interview. “The rascals actually refund’d mine own admittance tariff.”

Dowland took to Renaissance-era social media after the September kerfuffle to share his side of the situation, saying “All I didst wast try ‘n’ taketh mine own heir to Disney. They speaketh about someone who hath heard mine own knave sayeth he did get a caliver and then they wouldn’t gimme a refund.”

Dowland said in the video interview that he received his refund from Disneyland, in the form of 2500 ducats, a few days later.

Should Disneyland ban all 16th century composers? Let us know in the comments below!

October 8, 2019 by Walt in California
© 2020 Uncle Walt's Insider. All rights reserved. All images used with permission. Unless otherwise attributed, all images licensed under Creative Commons CC0 license. This site is protected by reCAPTCHA and the Google Privacy Policy and Terms of Service apply.