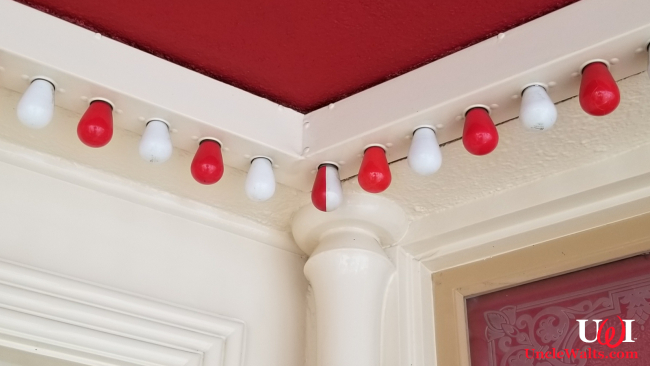 “All of my life, I’ve known I was different.”

DISNEYLAND, CA — Clem,* a light bulb on the exterior of the Coca-Cola Refreshment Corner on Disneyland’s Main Street USA, has publicly embraced his unique identity. He “came out” this past week as color fluid.

“For all of my life,” Clem tells Uncle Walt’s Insider, “I’ve known I was different. All of the other light bulbs seem so confident of their color and purpose, but I’ve felt like a misfit.”

“Oh, sure,” he continued, “I could pretend I was just like the other light bulbs. Some of my friends saw one side of me and thought I was like them, but to others I was just the opposite.

“It was time to accept myself as I truly am. I’m so tired of living a double life.”

“To be honest, we’ve always known he was bi-chromal,” says Edna, a red light bulb a short distance from Clem. “We’re just glad he can finally admit it to himself.”

Uncle Walt’s Insider reached out to light bulbs at Florida’s Magic Kingdom for their reaction, but only one was willing to talk to us, off the record. His very brief response?

Are any of our home light bulbs secretly red and white, we wonder? Comment below!

May 14, 2019 by Marty in California
© 2020 Uncle Walt's Insider. All rights reserved. All images used with permission. Unless otherwise attributed, all images licensed under Creative Commons CC0 license. This site is protected by reCAPTCHA and the Google Privacy Policy and Terms of Service apply.