Disneyland beats California ban, will open all rides as ‘shops’ 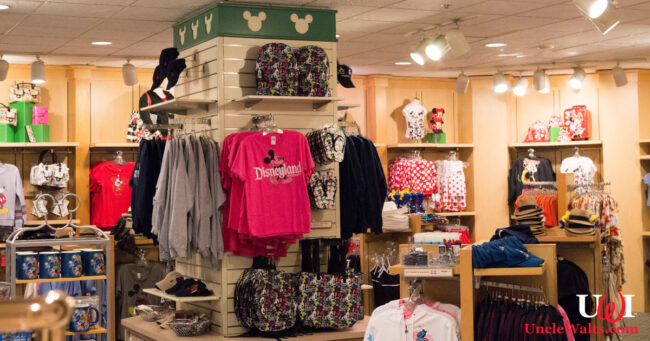 The rides already exit into gift shops. Why not take advantage of that?

ANAHEIM, CA — Disney has already shown that you can safely operate a theme park.

Billions of visitors currently at Walt Disney World (95% of them at Disney’s Hollywood Studios) have proven that fact. However, California governor Gavin Newsome (DREDACTED) has continued to force the parks to stay closed, which has led to longer bread and toilet paper lines, especially in Southern California.

But now Disney park officials may have “cracked the code” to finally allow the parks to reopen.

Executives at Disney have been trying to find ways to not only employ people, but also help keep the California parks from going on the chopping block. Although opening the parks is banned, shopping is allowed, so the Downtown Disney District has already reopened.

Since that reopening has proved popular, Disney has now announced that more “shops” will open up in the parks themselves — shops that just happen to send you on a ride before you enter!

Not a theme park, just a collection of shops with really entertaining entrances

Our favorite Disney (the company) spokesperson Jun Disney (no relation) had this to say:

“Grand Moff Newsom has declared that stores may be open. As you know, many of our attractions exit into gift shops. So, since we can’t have a two-way entrance/exit at the same point, we have no choice but to open the rides so you can enter the shops!”

Disney (no relation) is excited about the new plan.

“We will require an annual pass or ticket to enter the parks to get to the gift shops. Fastpass will not be available at this time, since the rides aren’t technically open. We anticipate large crowds for this exclusive (but ongoing) event, and reservations are required. We will also sell food and drink so guests do not have to leave to eat.

“It’ll be just like Disneyland is operating normally, but we’re totally not! We’re just allowing guests to shop. Yep, that’s it.”

So Disneyland isn’t reopening? Will this strategy work? Let us know in the comments below!

Cover photo: Totally not a ride exit. Just a gift shop with a really fun and entertaining entrance. Photo by Patrick Pelletier [CC BY-SA 4.0] via Wikimedia.

November 2, 2020 by Walt in California
© 2020 Uncle Walt's Insider. All rights reserved. All images used with permission. Unless otherwise attributed, all images licensed under Creative Commons CC0 license. This site is protected by reCAPTCHA and the Google Privacy Policy and Terms of Service apply.