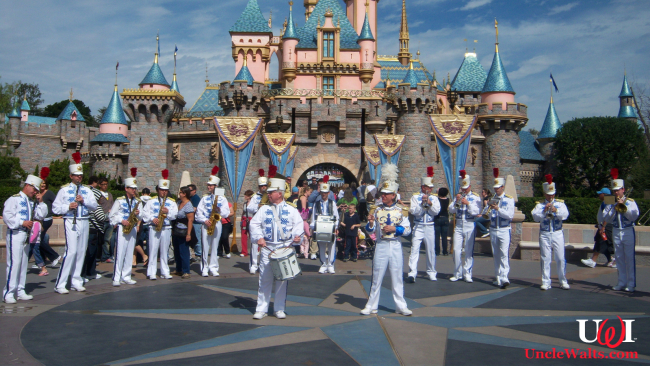 The cost of licensing Disney songs was just too high.

That’s the word from Disney Parks and Resorts and Spas president Bob “Bob” Chapek. Apparently the Disney Company charges quite a bit to license its music, and “it’s just cost-prohibitive to pay for it any more.”

“Fortunately, there’s an abundance of public domain, royalty-free generic music online,” says Chapek. “You can hear it in almost every bad YouTube travelogue out there — and now you’ll hear it at Disneyland and throughout all Disney parks!”

The switch to non-Disney music will save each park millions of dollars each year. Chapek assures us that the savings will not be passed on to consumers.

August 8, 2019 by Marty in California, Florida, World
© 2020 Uncle Walt's Insider. All rights reserved. All images used with permission. Unless otherwise attributed, all images licensed under Creative Commons CC0 license. This site is protected by reCAPTCHA and the Google Privacy Policy and Terms of Service apply.