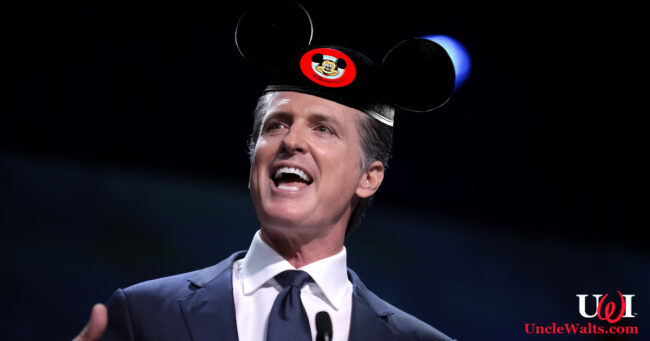 Such a generous guy!

SACRAMENTO, CA — On the heels of the recent layoff news coming to Disney Parks & Resorts, California Governor Gavin Newsom (DREDACTED), has announced that he plans to personally take care of each and every employee out of the 28,000 Disney employees that will be laid off.

Gavin Newsom said, “It’s really the right thing to do. I mean, as a very, VERY rich man, instead of just talking about how we need to take care of these people, and relying on the government to do it, I am going to set an example and personally do it. I hope others in Hollywood, the NBA, NFL, MLB, and the NHL will take notice and follow suit. Do we really need millions and millions of dollars? No! Can we afford to house a few extra people in our mansions? Hell yes! My 12,000 sq ft mansion has plenty of room to house a few extra people. We’ll put up some bunk beds if we have to!”

Newsom plans to enlist a few celebrities for this new cause and plans on filming a totally new and unique commercial using Sarah McLachlan’s hit song “Angel” in the background to help tug on the heart strings of rich celebrity and athletes everywhere.

UPDATE: The idea is catching on, apparently. Now California Assemblyperson Lorena Gonzalez is vowing to care for every person negatively affected by A.B. 5, the “anti-gig worker law.” Gonzalez’s office estimates that as “What, maybe three people? Four?”

Think he is serious or just virtue signaling? Let us know in the comments below!

October 3, 2020 by Walt in California
© 2020 Uncle Walt's Insider. All rights reserved. All images used with permission. Unless otherwise attributed, all images licensed under Creative Commons CC0 license. This site is protected by reCAPTCHA and the Google Privacy Policy and Terms of Service apply.