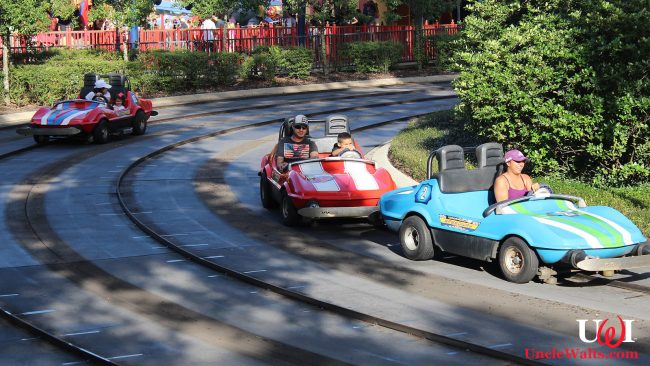 Is this a sign of maintenance issues at the parks?

ANAHEIM, CA and WALT DISNEY WORLD, FL — Uncle Walt’s Insider has learned that Car #19 at the Tomorrowland Speedway in Magic Kingdom, and Car #19 at the Autopia in Disneyland Park recently broke down on the same day. Although the two attractions are run separately from each other, it is a curious coincidence.

Uncle Walt’s reached out to Tom “Click” Tappet, Supervisor of Maintenance at the Magic Kingdom Park, who told us, “On May 1, Car #19 at the Tomorrowland Speedway was not able to be used due to a flat tire. We have several spare vehicles available to cover this contingency, so as a whole, the attraction was not impacted, and there was minimal impact to guests, except those who love Car #19’s distinctive red and white paint scheme, and legendary reliability. It’s a hall-of-fame type car.”

We also spoke to Ray “Clack” Tappet, Supervisor of Maintenance at Disneyland Park [Ed.: and, coincidentally, Tom’s younger brother], who was also kind enough to provide a statement: “On May 1, Car #19 at the Autopia was not able to be used for guests, due to a mechanical issue that was later determined to be a loose battery connector. In an abundance of caution, we decided to hold that vehicle back for the day. There was no, repeat, no danger to any of our guests. Don’t drive like my brother.”

Disney spokesperson Jun Disney (no relation) was unable to confirm if this was the first time that two cars with the same number at both attractions were unable to be used on the same day.

Which is better? Car #19 at Disneyland or at Magic Kingdom? Let us know in the comments below!

Cover photo of a few of the remaining functional cars at Tomorrowland Speedway by Theme Park Tourist [CC BY 2.0], via Wikimedia Commons.

May 9, 2018 by X in California, Florida
© 2020 Uncle Walt's Insider. All rights reserved. All images used with permission. Unless otherwise attributed, all images licensed under Creative Commons CC0 license. This site is protected by reCAPTCHA and the Google Privacy Policy and Terms of Service apply.