A Bug’s Land closes; giant can of pesticide used 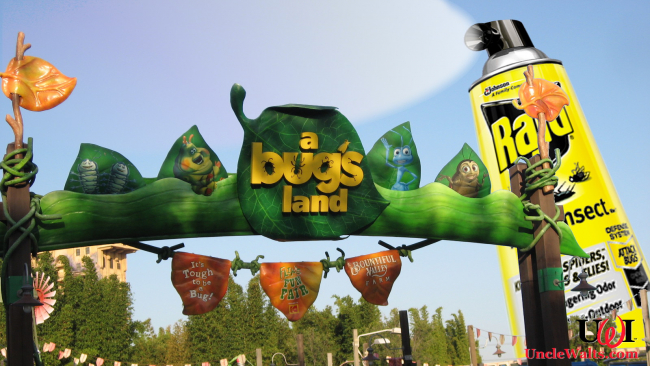 California Adventure rids the land of pests before repurposing the area.

ANAHEIM, CA — In closing the “A Bug’s Land” area at Disney’s California Adventure, park officials are taking no chances that the infestation may return.

“We’ve seen this happen many times in our offices when we just sweep bugs out of the way,” said Disney Parks and Resorts and Spas chairman Bob Chapek. “You think they’re gone, and boom, a week or two later the place is crawling with insects. So we’ve brought in an industrial size can of Raid. And also a really big Roach Motel.”

“We at Disney believe in synergy, of course, and also in being pretty cheap,” Chapek continued. “So we can announce that once all the bugs are dead, and their carcasses removed, of course, the Roach Motel will be remodeled into a Marvel-themed motel right in the middle of the park!”

The area’s last day of operation was September 4, after which notices were posted throughout the area, giving Flik and his friends just 12 hours to evacuate.

Is this better than a big giant boot? Let us know in the comments below!

September 7, 2018 by Marty in California
© 2020 Uncle Walt's Insider. All rights reserved. All images used with permission. Unless otherwise attributed, all images licensed under Creative Commons CC0 license. This site is protected by reCAPTCHA and the Google Privacy Policy and Terms of Service apply.