Ub's Analysis: the Finding Nemo Cupcakes have got to go - Uncle Walt's Insider

Ub’s Analysis: the Finding Nemo Cupcakes have got to go 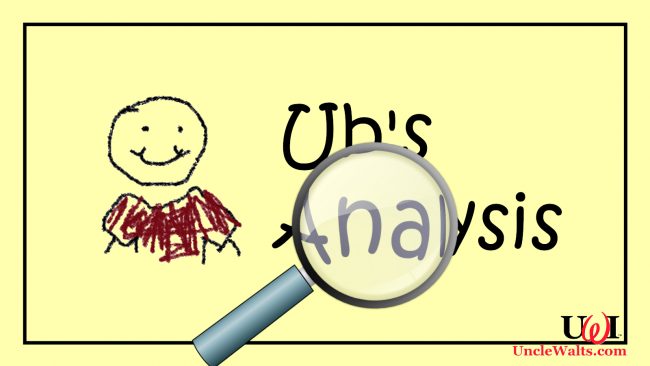 In which we give Ub space to express an opinion publicly. This can’t be good.

UNCLE WALT’S INSIDER H.Q., SVALBARD – Have you seen the new Finding Nemo Creamsicle cupcake? All I can say is, “Ewww.” 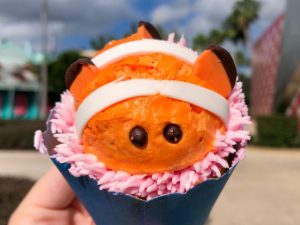 Let’s face it. They’ve been trying to make eating Finding Nemo characters a thing ever since someone caught the chef at Coral Reef putting Pacific blue tang caviar on various dishes. Some say it actually came from Dory, but she couldn’t remember when asked.

But this new offering really takes the cake.

For one thing, it doesn’t even look like Nemo. Well, maybe if you used your imagination to think he was related to a blobfish. But he’s not. He’s a clown fish.

Having not tasted the blobfish cupcake yet, I can only go by reports that it’s fresh. I guess that’s a good thing. A blobfish aficionado will have to correct me. If you prefer your blobfish aged, I’ll take your word for it.

But what will kids learn?

When I was a kid, you could go to Epcot, then EPCOT Center, and expect to be educated and inspired and not realize you were doing anything more than having fun. But there’s no learning here — the Nemo cupcake isn’t even anatomically correct. When you cut into the cupcake, you don’t get meat or any of that. You just get frosting on top of the cupcake. If you were to cut into a real clown fish, you wouldn’t find a single gram of frosting.

How will kids ever learn about fish anatomy if Disney is making their fish incorrectly?

I will give them this: the cupcake looks much better once you cut in half. Because then we don’t have to look at blobfish Nemo.

Think of the children. Or the reefs, or something like that. I’m not really paying attention any more.

Finally, we need to talk about the wisdom of teaching kids that it’s okay to put a fish, nested in coral, on a cupcake. First off, coral is endangered. Encouraging kids to go play with coral is irresponsible. Second, it’s probably deadly to eat. Third, I’ve never seen a skirt made of coral, have you? To shape coral would require a lot of work, and by putting coral on a cupcake, kids will think they can just go play with the stuff. Further, neither the fish nor the coral is going to taste like orange Creamsicle. [Ed.: Do we know this for sure? Someone have Uber Eats deliver us some coral to chew on.]

As you can clearly see, a Finding Nemo cupcake was a bad idea from the start. Whatever you do, do not buy one of these confections. It simply encourages the Disney Imagineers to make more stuff like it.

Do you agree with Ub? And if so, what’s wrong with you? Let us know in the comments below!

March 6, 2020 by Ub in Spotlight, Ub's Analysis
© 2020 Uncle Walt's Insider. All rights reserved. All images used with permission. Unless otherwise attributed, all images licensed under Creative Commons CC0 license. This site is protected by reCAPTCHA and the Google Privacy Policy and Terms of Service apply.