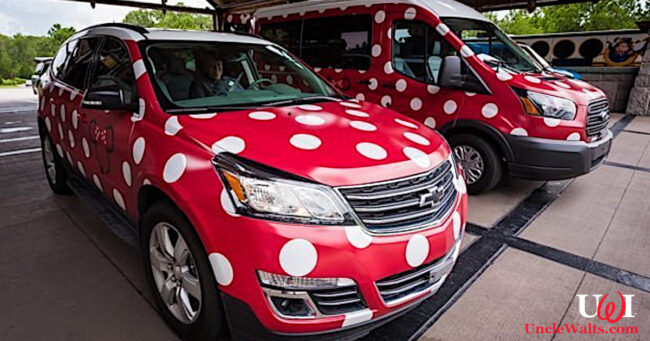 ORLANDO, FL — It’s almost heaven: Main Street West, Big Thunder Mountain, Rivers of America. Life is old there, older than the trees that dot the landscape of Walt Disney World. The mountains are young there, never growing more than 199 feet.

This all sounds familiar somehow…

Ah yes, even this reporter’s memories gather ’round her. Mickey’s Lady, who is no stranger to the blue waters of Florida’s coast. Even those dark and dusty places, that we must admit, are so well done they look like they are painted on the sky. They allow you to get that misty taste of moonshine in all of their parks, brings a teardrop to my eye.

Often I hear her voice in the mornin’ hour she calls me, the radio plays ads of a theme park far away. Drivin’ down World Drive I get a feelin’ that I should have turned away… turned away…

Minnie Vans will take you now, to a new destination, where some of you belong. Universal. Sea World Orlando. Kennedy Space Center. Even home on those country roads.

[Ed.: Was all this song lyric stuff really necessary? Could you have just said, oh, I don’t know, something like “Minnie Vans will now take Disney guests to Universal Studios and other non-Disney properties?”]

Will you take a Minnie Van to Gatorland? Let us know in the comments below!

June 16, 2020 by Ub in Florida
© 2020 Uncle Walt's Insider. All rights reserved. All images used with permission. Unless otherwise attributed, all images licensed under Creative Commons CC0 license. This site is protected by reCAPTCHA and the Google Privacy Policy and Terms of Service apply.