Another attraction gets woke – meet the new “Carousel of Progressives” 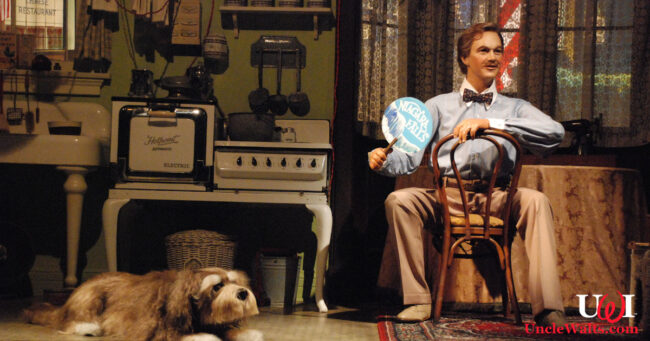 BAY LAKE, FL — The Walt Disney World Resort, Spa, Jello Factory, and Dog Track announced today that, in keeping with its commitment to inclusion and tolerance, the “Carousel of Progress” will be reimagined. The newly updated attraction will reopen in May after extensive changes.

We reached out to Disney (the company) spokesperson Jun Disney (no relation), who was able to confirm the upcoming changes. While full details were not released [Ed.: They never give us all the details], some hints were given.

“The first three acts of Walt’s original attraction will remain mostly intact,” Disney (no relation) shared. “There will be some minor dialogue changes, which will reflect the various preferences and intolerances of the times.” [Ed.: We think this means “Father” will be out and out racist.]

Disney (no relation) continues, “The main change will be in the fourth act, the Christmas scene. Gone will be the Euro-centric Christmas decorations, in favor of a blended holiday décor reflecting the Kwanzaa, Christmas, and Wiccan Solstice celebrations of the interracial family unit.

“Grandpa will still be featured, of course, but will he now be depicted holding hands with his longtime lover, ‘Uncle’ Orville. Together, they will reminisce about the tribulations of the years, and how the tolerance of today was worth the struggle. The children will profess admiration for Grandpa and Orville, as well as their parents’ bravery in the face of intolerance.”

Disney (no relation) also confirmed that the part where Dad burns the turkey will remain, but made sure to point out that it was an organic, free-range Turkey. [Ed.: Not tofurkey? Savages.] A name change for the updated attraction has not been announced, but current rumors point to it being renamed as the “Carousel of Progressives.” [Ed.: No, not these Progressives. Probably.]

Cover photo: “Father,” in the middle of a racist and homophobic rant, probably. Photo by SteamFan [CC BY-SA 3.0] via Wikimedia.

February 19, 2021 by Unpaid Intern in Florida
© 2020 Uncle Walt's Insider. All rights reserved. All images used with permission. Unless otherwise attributed, all images licensed under Creative Commons CC0 license. This site is protected by reCAPTCHA and the Google Privacy Policy and Terms of Service apply.