CAPTION CONTEST RESULTS! While you were out partying in the New Year, I was agonizing all night over the final contest results, sorting through the many, many funny entries you all posted this week! (Just kidding – I was asleep before midnight. I’m old and boring.) First, fourteen Honorable Mentions: Larry Lozuk: "One thing. Just one thing. You stick to that and the rest don't mean... anything."; Woody Woods: "2016 had great promise, Brad had an agent and was determined to become a star. Unfortunately the only openings were for the new Marlboro man and a sequel to Brokeback Mountain. Oh well, back to the courthouse."; DisneyMom: "He rode a Blazing Saddle..."; Bret Morris: "I may look the part, but I still don't know the Baritone to 'Ring of Fire.'"; Jay Marsh: "Wombat oddly looks east while riding north and fails the simple goal of riding off into the sunset."; Alan AJ Irby: "I've got a bad feeling about this... Oh wait! Wrong genre."; two from Scott Stogius Maximus Lewis: "Wombat auditions for 'The Ugly' in the vocal rendition of 'The Good, The Bad, and The Ugly.' He is deemed 'overqualified.'" and "A young child cries in the distance, 'Come back!...' Wombat turns around, and the child says, 'Not you, Wombat -- Shane...."; Tom Jackson: "NOTE: One horse WAS harmed in the making of this photo."; ktulu: "Yep, superglue on the fingers."; Rick Bivins: "Wombat flunks the 'touch your nose' test."; Kelly Zink: "I don't always ride off into the sunset; but when I do, it's because I am... the most interesting Wombat in the world!"; Lynn A Ewing: "As he rode out of sight, he proclaimed, 'Zuckerberg is not sending you any money!' and poof! he was gone."; and darph nader: "Bob Ross had one last painting in him before he left us. The background was great... the foreground, not so much!'" 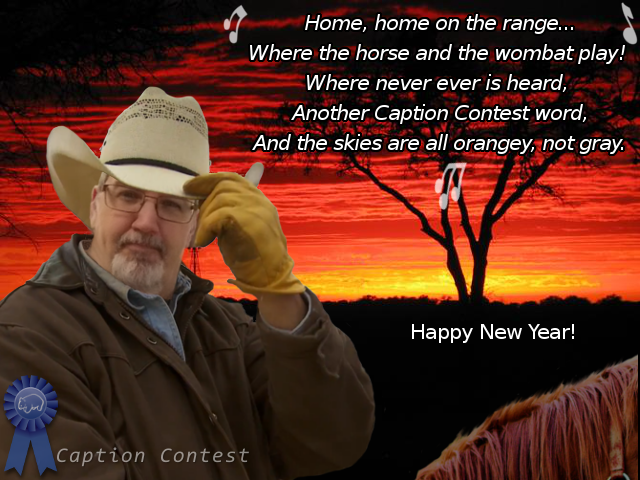 Here's the tally for 2015, with your new champion ktulu! Congrats, ktulu, and thanks to all who participated. I'll be back soon with the top overall finishers from the past three years! 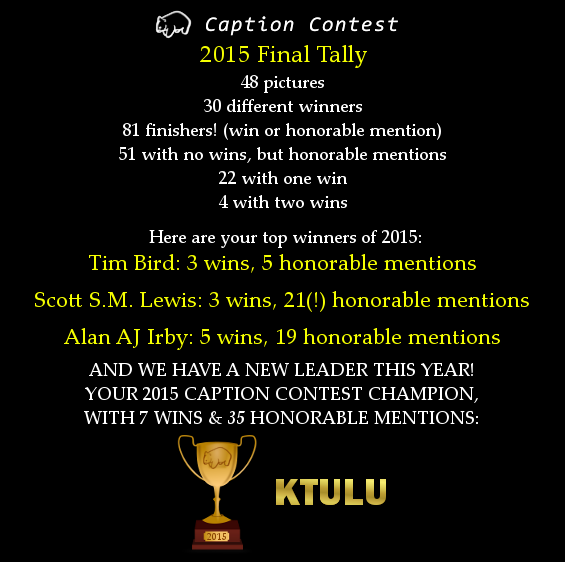 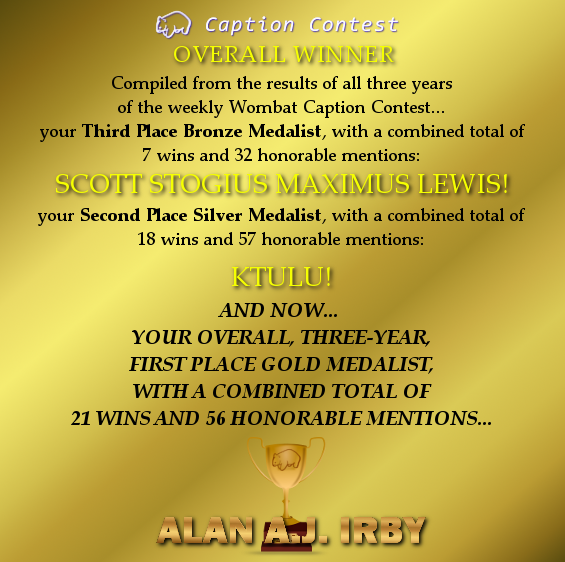 CAPTION CONTEST for FEBRUARY 5! As threatened, just because I'm not posting a new pic weekly doesn't mean I've gone away. (Sorry!) So, how would you caption this picture? Comment below! 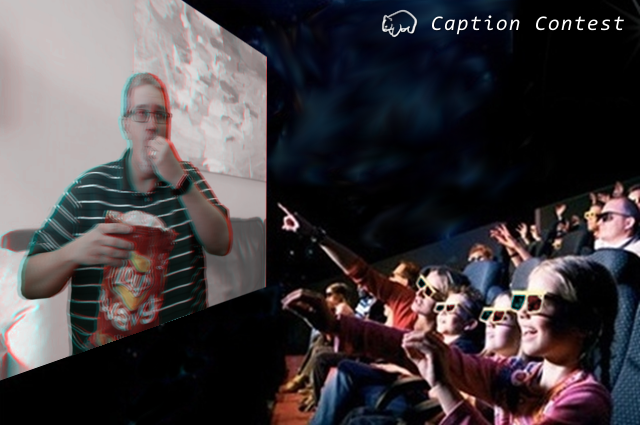 Disney's replacement for Captain EO didn't go over too well with the test audience.

BRWombat wrote:CAPTION CONTEST for FEBRUARY 5! As threatened, just because I'm not posting a new pic weekly doesn't mean I've gone away. (Sorry!) So, how would you caption this picture? Comment below!

No doubt about it... He looks much better without the 3D glasses.

CAPTION CONTEST RESULTS! I had a tough time choosing just one winner this week -- none of you were funny! (Kidding, kidding…) First, the Honorable Mentions: two from Scott Stogius Maximus Lewis: "With these 3-D glasses, it's almost as if you can SEE the stench." and "In Russia, you no watch movie.... movie watch YOU!"; Alan AJ Irby: "The 21st-century reboot of Mystery Science Theater 3000 was confusing for all involved."; DisneyMom: "The Surgeon General's new "Eat Healthy At The Movies" campaign takes terror tactics to a new level."; Ginger Commander Mann: "No, look again! That shirt is white with gold stripes."; darph nader: "A&E's new reality show: Keeping Up with the Wombats, now in 3-D."; ktulu: "Caption contest? Hollywood really is out of ideas!"; and Goofyernmost: "No doubt about it... He looks much better without the 3-D glasses.'" 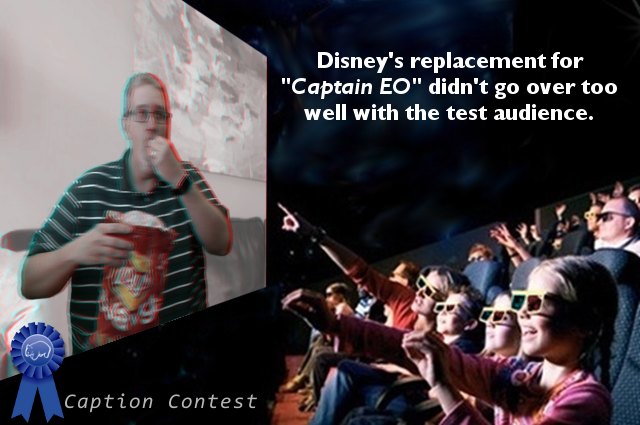 And the winner is… darph nader, his fourth win! Congratulations, darph!

Thanks to all who entered! New pic coming… someday!

CAPTION CONTEST for FEBRUARY 19! Time for some IKEA build-it-yourself instructions! So, how would you caption this picture? Comment below! 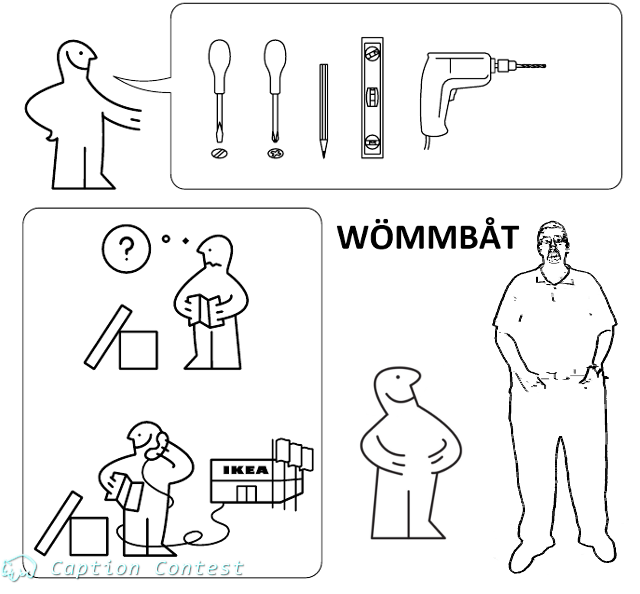 As is usual with IKEA products, it was quickly realized that WOMMBAT was missing a few screws.