Wombat soon regretted not bringing a 3rd bottle of milk.....

Disney's new premium ticket "Kitty, Kitty, Wombat" show at Animal Kingdom did not turn out to be the profit-generating event they'd hoped, especially once the lawyer got involved.

Wombat was initially excited about getting new baritones...then they met.

ENOUGH! You two are going to bed without your supper! That means no grilled Wombat for either of you!

It was then that Wombat realized the song was "The Wonderful Thing About Tiggers"......

"Girls, girls. You are BOTH pretty."

CAPTION CONTEST RESULTS! This was a tough week to judge -- lots of great, funny entries! First, the Honorable Mentions: darph nader: "When they said they were looking for someone to manage the Tigers, I thought I was going to Detroit."; hhsrat: "Soft kitty, warm kitty, little ball of fur... scary kitty, attacking kitty, fear, fear, fear."; G Scott Lewis: "Bottle feeding two tigers seems simple after Wombat experienced milking the mother."; DisneyMom: "Wombat soon regretted not bringing a 3rd bottle of milk."; Joel Bezaire: "Wombats! They're GRRRRRRRRRRRREAT!"; PatchOBlack: "It was then that Wombat realized the song was 'The Wonderful Thing About Tiggers.'"; and ktulu (presumably from the tiger on the right): "Guys, I got his car keys! Let's get out of here!" 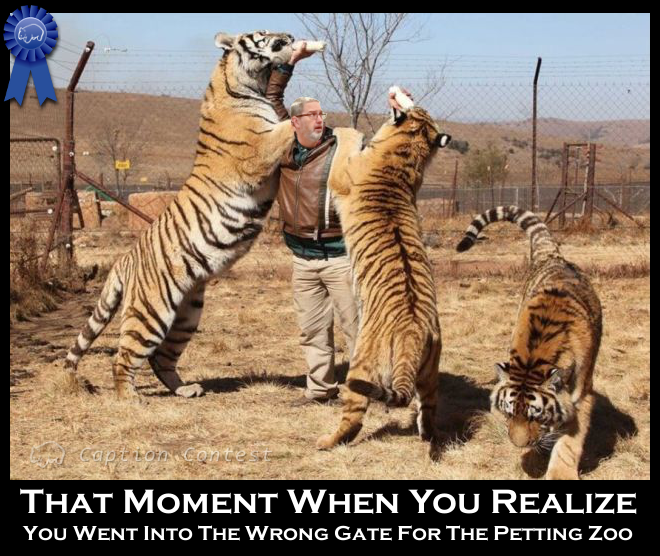 And returning to form with his first win of 2015 and sixteenth overall, Alan AJ Irby! Congratulations again, A.J.!

Thanks to all who entered! New pic coming on Monday!

CAPTION CONTEST for FEB 6! -- Timely, that's what I am. How would you caption this picture? Comment below! 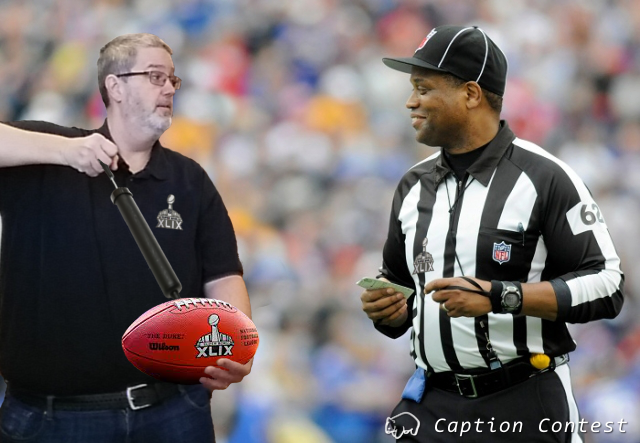 The same pic will show here, on Facebook, and on The World of Wombat. I'll repost the pic with my favorite caption on Friday. No prize this week, sorry, just the glory of winning!

"You're seriously doing that right in front of me?"